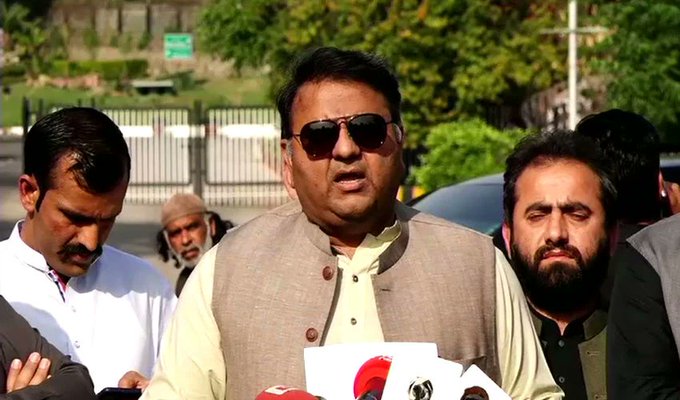 ISLAMABAD: Lieutenant General (retired) Tariq Khan has refused to head the government’s commission that was formed to probe the “threat letter” allegedly sent from the United States, sources within his family told Geo News on Friday. The sources said that the Lt Gen (retd) Khan has conveyed his decision to the government. Earlier today, Minister for Information and Law Fawad Chaudhry said that Lieutenant General (retd) Tariq Khan will lead the commission that will probe the “threat letter”.In a post-cabinet meeting press conference, the information minister said the commission would present its report within 90 days after it investigates how many dissident MPs were in contact with foreign powers. “We have evidence of eight dissident MPAs being in contact with foreign dignitaries,” Fawad said, adding: “The commission will look at a connection between local handlers and regime change.” He said that the parliamentarians would be briefed regarding the details of the threat letter before the voting on the no-confidence motion. “Once the selected contents of the letter will be made public, it will be up to the parliamentarians to make a decision in accordance with their conscience while voting,” he said. The commission was formed after the Supreme Court ruled that Prime Minister Imran Khan’s move to dissolve parliament was unconstitutional and ordered lawmakers to return — a decision that could spell the end of his premiership. The former cricket star had moved to break up the lower chamber ahead of a no-confidence vote against him that he had looked destined to lose. The court said in its judgment that the vote should now go ahead. “The advice tendered by the Prime Minister on or about 03.04.2022 to the President to dissolve the Assembly was contrary to the Constitution and of no legal effect,” Chief Justice of Pakistan Umar Ata Bandial said, as he read out a 13-point order to a packed courtroom. Dozens of Opposition members outside the imposing white stone building shouted in jubilation when the unanimous ruling was announced. Angry Khan supporters chanted anti-American slogans in reply as police in riot gear separated the sides. Moving on, the information and law minister said the parliament’s supremacy had been transferred to the Supreme Court as he urged the apex court to review its decision. Fawad said the top court and the parliament have their separate functions and announced that the PTI-led government was mulling filing a review petition against the SC’s decision. The federal minister said the cabinet members reassured the prime minister of their trust in his leadership and vowed to stand with him till the very end.