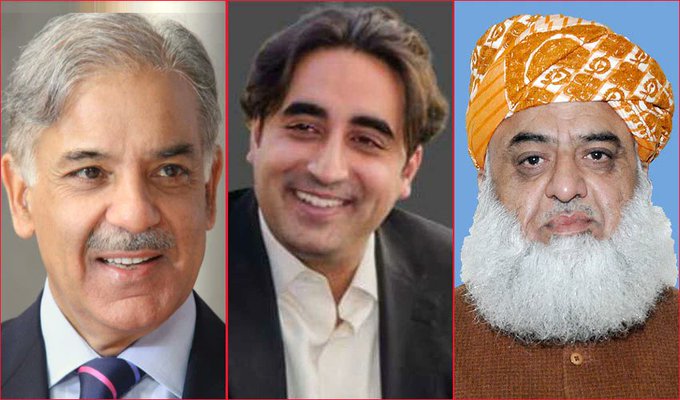 ISLAMABAD: The Opposition leaders Thursday celebrated the Supreme Court of Pakistan’s decision to nullify the government’s actions from April 3 to date. The top court restored the National Assembly after it declared the government’s decision to dissolve the assembly and NA Deputy Speaker Qasim Suri’s ruling against the Constitution. “…the prime minister did not have the right to advise the president to dissolve the assembly […] all the decisions made till date have been nullified,” the top court’s ruling said. The top court has ordered National Assembly Speaker Asad Qasier to summon the session on Saturday (April 9) at 10am to allow the vote on the no-confidence motion against the premier. “…if the no-confidence motion against the prime minister succeeds, then the assembly will appoint the new prime minister,” the top court’s order said. “Democracy is the best revenge! Jiya Bhutto! Jiya Awam! Pakistan Zindabad,” Bilawal said in a tweet as the government’s narrative faced a severe setback following the court’s ruling. Talking to media personnel, Opposition Leader in the National Assembly Shahbaz Sharif said the top court’s decision was in line with the expectations of the masses. “The Constitution has been saved and Pakistan has been saved through this decision […] the court has upheld its independence and respect,” the Opposition leader said. He thanked the top court for its unanimous decision to strengthen the parliament and its sovereignty. “We will no fight the battles of economy and politics for the people.” Addressing the press conference alongside Fazlur-Rehman announced to observe ‘Youm-e-Tashakur’ on Friday after. “I would like to congratulate the entire nation as it is the victory of every Pakistani. Also, it is the victory of Constitution, democracy and judiciary,” the opposition leader said. “On Friday, we will observe ‘Youm-e-Tashakur’ to celebrate this victory. Also, we will pray for our country to come out of the ongoing economic crisis,” added Fazl and announced conducting countrywide rallies on Friday. In a conversation with journalists after the decision, PML-N leader Khurram Dastagir said the top court has upheld Pakistan’s respect. “The Constitution is not just a piece of paper.”