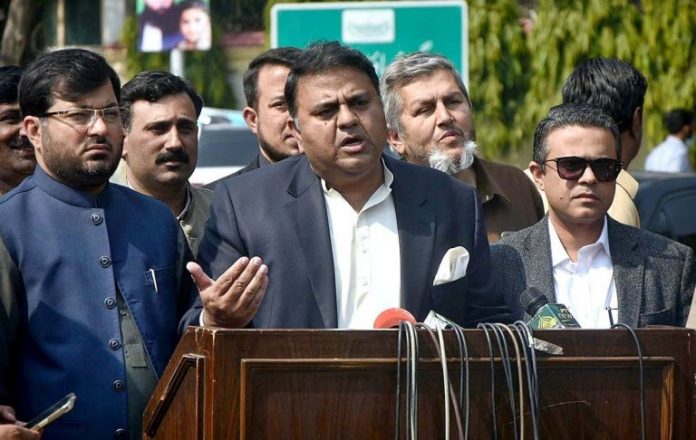 ISLAMABAD:Former federal minister and Pakistan Tehreek-e-Insaf (PTI) leader Fawad Chaudhry said on Thursday that Election Commission of Pakistan (ECP) is seriously violating the constitution by not holding elections. Talking to media in Islamabad on Thursday, he said that the Election Commission has no justification and the ECP is making an agenda against itself by saying elections cannot be held in 90 days. The former minister said that the country runs on the decisions of the Supreme Court and constitution. He further said that whatever decision the top court would announce, the elections will be held in the end. “We will accept whatever decision the apex court would pronounce and election is the solution to every problem, he said. “The parties that are running away from election should do something else, adding that we are not Fazlur Rehman nor do we have Ansar-ul-Islam Force,” he added. Earlier, in his Tweet, Chaudhry said, “delaying elections for more than 90 days will be a serious violation of constitution.” He said, “The Election Commission should reconsider its position, while attempting to delay elections for more than 90 days would be a serious violation of the Constitution. The economy cannot tolerate seven months of political turmoil and elections are required to be held within 90 days for political stability.”