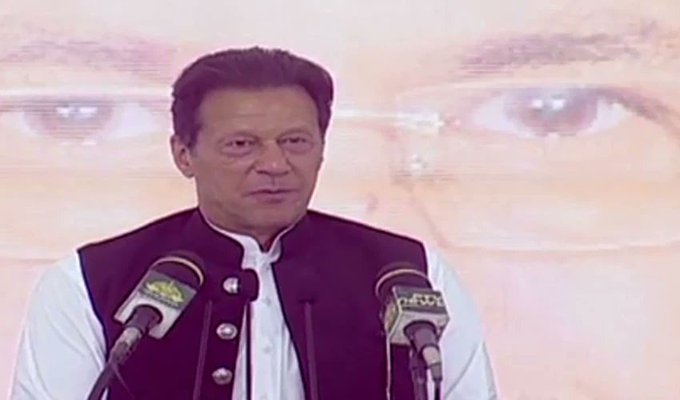 ISLAMABAD: Prime Minister Imran Khan on Tuesday instructed PTI workers to prepare for the next elections, saying that the poll will be held in the next three months. Speaking during an address at the Governor’s House, Prime Minister Imran said there has been a “foreign conspiracy” against the country, and those who became a part of it are “traitors” of the country. The premier said that the “traitors are betraying the democracy as well as the future generations.” Criticising the Opposition, the PM said that they should be given “exemplary punishment for betraying the country”, adding that his party will approach the Supreme Court (SC) against the Opposition leaders. The premier urged the nation to come to the F-9 Park to protest peacefully against the Opposition and its conspiracy.  He asked the nation to protest daily to send a message to the United States. “We have made mistakes in the past which will not be repeated this time,” said the PM, adding that his party will give the tickets to those who have a vision.  The premier further said that the nation will reject those in elections who took a part in this foreign conspiracy. He went on to say that these traitors should be thrown behind bars. “What kind of democracy is this where you buy the members to overthrow a government,” asked the prime minister.