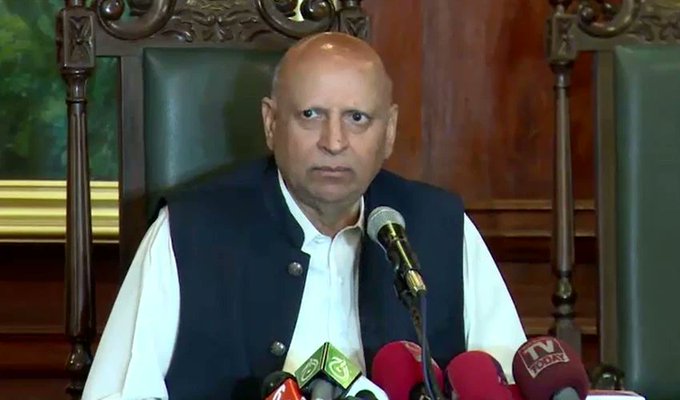 The ex-governor, addressing a press conference shortly after being sacked, said if there is an foreign conspiracy against the incumbent government then it was electing Buzdar as the chief minister.

Sarwar said that despite having several prominent candidates, including Fawad Chaudhry, Imran Khan decided to pick Usman Buzdar as the chief minister — as only he could move Punjab towards the goal of “Naya Pakistan”.

“All of PTI workers — in Punjab, Pakistan — and the federal ministers complained to us whether this was the Pakistan that we wanted where the chief secretary and inspector general are changed every three months,” the former governor said.

“Bribery has reached the grassroots levels, but we vowed to stand with Imran Khan.”

The ex-governor said that when he had presented the proposal of resigning voluntarily, then why was there a need to dismiss him. “Shah Mahmood Qureshi and Pervez Khattak are witnesses to it.”

Sarwar said he was asked to do “unconstitutional things”. He explained that once Buzdar had resigned from his post, despite it not being approved and notified, the prime minister and PTI leadership asked him to call a session of the Punjab Assembly to elect the new CM.

“I asked them to not make me do illegal things […] I told them that they can have me resign, but I will not do unconstitutional acts,” the ex-governor said.

Minister for Information and Broadcasting Fawad Chaudhry, announcing the government’s decision, said that PTI leader Omer Sarfaraz Cheema has been appointed as the new Punjab governor.