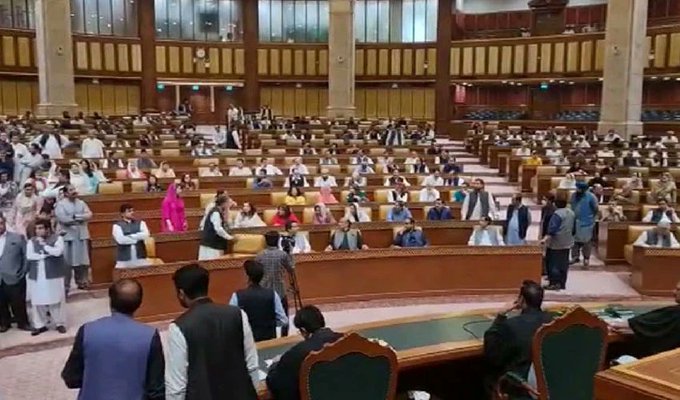 According to details, the PML-N protested and tried to enter the office of Chief Security Officer. The PML-N caused a commotion in the Punjab Assembly over the AC and power outage.

On this occasion, Rana Mashhood said that the secretary was warning the assembly that water for ablution, AC and lights had been switched off.

Sardar Awais Leghari said that there are one hundred and ninety eight MPAs in the Punjab Assembly, bathrooms are not allowed to be used, arrest equipment is being brought, Pervaiz Elahi and bureaucrats forbade Muslims from bringing Iftar items. If the situation is not controlled then the responsibility will fall on the government. Imran Khan and Pervaiz Elahi have forgotten Muslims.