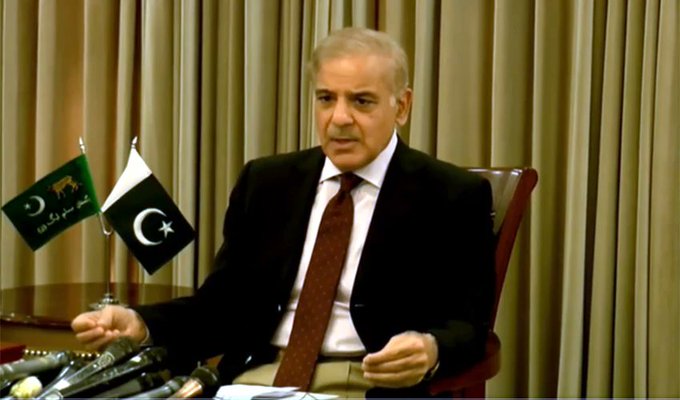 ISLAMABAD :Leader of Opposition in National Assembly and Pakistan Muslim League-Nawaz (PML-N) president Shehbaz Sharif said on Friday that Prime Minister Imran Khan has ruined relations with the world and friendly countries and wanted to squeeze Pakistan’s economy by giving statements against Europe.

Addressing a press conference in Islamabad on Friday, he said that the prime minister’s narrative of accountability has died and not a single reference of the scandals including sugar, medicine, wheat, gas, power plant occurred under the nose of Imran Khan was sent to the NAB.The PML-N president further said that dozens of cases have been registered against the opposition but evidence of not even a single case has come to light, adding that the British National Crime Agency investigated against him for two and a half years.

He said that saying Nawaz Sharif did nothing to stop drone strikes is tantamount to distorting history, adding that his leader [former PM] used to fight the whole case on drone strikes and all these things are part of the record.

The opposition leader went on to say that Imran Khan was crying about foreign conspiracy, adding that the PM has poisoned the society.

“Yesterday he [Imran Khan] said what will Nawaz Sharif, Shehbaz Sharif talk against West, you should be ashamed to talk like this as you could not prove single penny corruption against PML-N supremo and me,” Shehbaz Sharif said.

Taking a jab at the PM Imran, he said Imran Niazi has ruined the relations with the world and friendly countries, adding that Asad Umar and Pervez Khattak had made false propaganda against China-Pakistan Economic Corridor (CPEC). He said CEPC also includes loans and investments.

Shehbaz said that Imran Niazi had damaged Pakistan s relations in around four years, adding that Shah Mehmood Qureshi said that Kashmir issue can be fought without Saudi Arabia.