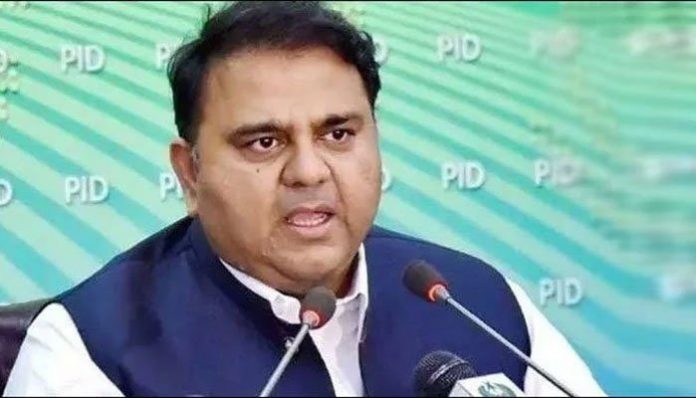 ISLAMABAD: Hours after MQM-P announced its departure from the government, Minister for Information and Broadcasting Fawad Chaudhry shared on Wednesday that Prime Minister Imran Khan met the military leadership of the country twice, adding that the Pakistan Army is responsible for the national security of the country. Fawad, addressing a press conference alongside Special Assistant to the Prime Minister on Political Communications Shahbaz Gill, said that the ruling PTI “respects” the military leadership. Taking a jibe at PML-N supremo Nawaz Sharif, Fawad said that the former prime minister had a problem as he tried to “conquer” institutions. “PM Imran met the military leadership twice. No one asked him to resign neither does he plan to do so,” said Fawad. Speaking about the letter allegedly threatening the incumbent government, Fawad said that “such threats” were unacceptable to any independent country. “[PM] Imran Khan will fight for the sovereignty of Pakistan. We will present the letter before the Parliament in an in-camera session. We can share the details of the letter with the Opposition,” said Fawad. In his March 27 address to a PTI rally, the prime minister had revealed that “foreign elements” were involved in the attempts to topple his government and had said, “some of our own people” are being used in this regard. In a press conference Tuesday, Minister for Planning, Development, and Special Initiatives Asad Umar had alleged that PML-N supremo Nawaz Sharif joined hands with foreign powers and is involved in the “conspiracy” against PM Imran Khan. The PML-N supremo is in London and he has met officials from the “intelligence agencies of other countries”. The federal minister said the Pakistan Democratic Movement’s (PDM) leadership is not “unaware” of the letter. The letter was waived by PM Imran Khan in a public rally as he faces a no-confidence motion in the National Assembly. The premier on Wednesday had lost his majority in the Parliament after MQM-P decided to part ways with the PTI.