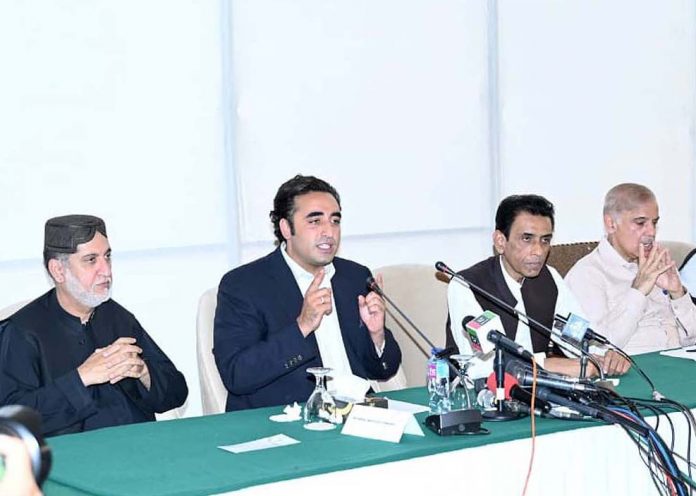 ISLAMABAD: MQM-P Wednesday announced to part ways with the ruling PTI, joining hands with joint Opposition to support their no-confidence motion against Prime Minister Imran Khan. Addressing a press conference, flanked by leaders of the joint Opposition, MQM-P unveiled details of the agreements signed by the two sides. JUI-F chief Maulana Fazlur Rehman, PML-N President Shahbaz Sharif, MQM-P Convener Khalid Maqbool Siddiqui, PPP Chairman Bilawal Bhutto-Zardari, and BNP-M chief Akhtar Mengal, among others, attended the press conference. At the beginning of the conference, Siddiqui said the development was “historic” and at the same time, it was a “test for the political leadership of the country” as the coming days would pose several challenges to them. “Today, we are gathered here to vow that we should work beyond promises and ensure that the decisions we take impact common Pakistanis,” Siddiqui said. The MQM-P leader added that his party has decided to develop a working relationship with the joint Opposition, aimed at the development of Pakistan — and not for personal or party gains. “I hope we work to develop an era where political differences are not considered as enmity, where political revenge does not exist, and where politicians start bearing each other,” he added.