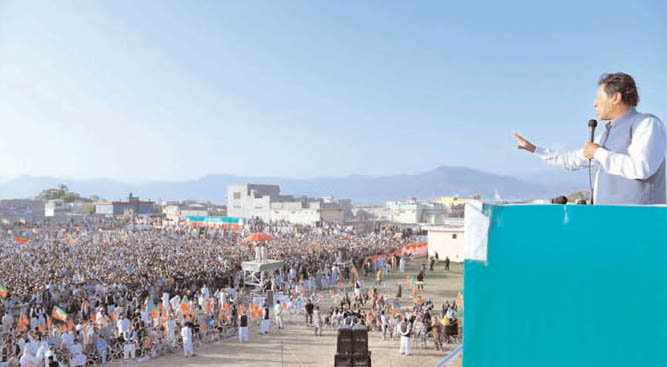 MANSEHRA:Prime Minister Imran Khan Friday said the nation would bury the politics of loot, plunder and subservience on March 27 in Islamabad, and build a corruption-free and sovereign New Pakistan.

The prime minister, addressing a huge public gathering here, said on the “coffin” of the politics of three stooges, the people would build the New Pakistan with reformed systems transforming the country into a great nation.

“Come out for the sake of youth, your children and next generations. Come out to tell the three stooges that the whole nation stood by truth,” he told the charged gathering holding flags of Pakistan Tehreek-e-Insaf (PTI).

He said the sole objective of the opposition’s no-confidence motion was to seek the withdrawal of corruption cases against their corrupt leaders, but they would bite the dust. It would be the biggest treason if he pardoned them, he added.