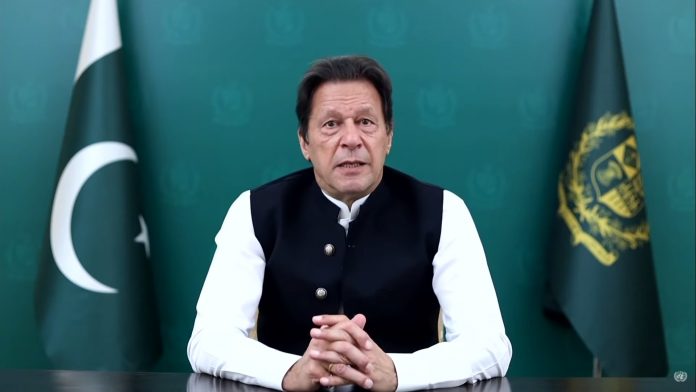 ISLAMABAD: Prime Minister Imran Khan on Thursday invited the nation to participate in the public gathering of March 27 and show their condemnation of the brazen horse-trading aimed at harming democracy in the country. “I want my entire nation to come out with me on March 27 to give a loud message that we are not supporting evil and are against it,” he said in a video message. The message was telecast on national television and the social media platforms of Pakistan Tehreek-e-Insaf, where the prime minister urged the nation to stand with the good to fight out the politics of corruption. The prime minister said the “gang of dacoits”, which had been looting the country for 30 years, was indulged in massive corruption and illegal transfer of money abroad. “This gang is openly buying the conscience and loyalties of the public representatives,” he said, terming it a “crime against the nation and democracy”. He said, “All the Pakistanis must realize that no one in the future has the courage to do horse-trading and damage the democracy and the nation”. Imran Khan quoted a verse from the Holy Quran as ‘Amar bil maroof wa nhi anil munkir’, explaining that “Allah Almighty guides the Muslims to stand with good and against evil”. He said such a spirit was vital to keep society alive.