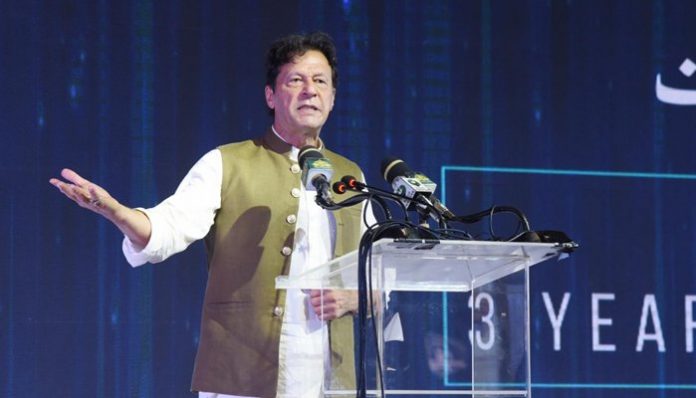 ISLAMABAD: Prime Minister Imran Khan said Wednesday he would “surprise” the Opposition and lay his cards on the table a day before the National Assembly votes on the no-confidence motion against him. While conversing with journalists in the Federal Capital, the prime minister told the Opposition that they have laid all of their cards, but the no-confidence motion against him would not be successful. “I will not resign under any circumstance. I will play till the last ball […] and I will surprise them a day before as they are still under pressure,” the prime minister said, without revealing further details.  NA Speaker Asad Qaiser has summoned the session for the no-confidence motion on March 25 — and in line with the NA rules, the voting has to take place after three and within seven days. “My trump card is that I have not laid any of my cards yet,” the prime minister said confidently, as he vowed to foil the no-trust motion. PM Imran Khan said he would not compromise on corruption under any circumstances, as he slammed PML-N and PPP for resorting to the politics of “corruption”.”No one should be under the false impression that I will sit at home. I will not resign, and why should I? Should I resign due to the pressure from thieves?” he stressed. PM Imran Khan predicted that the Opposition’s politics would come to an end after the no-confidence motion foils. On meeting Leader of the Opposition in the NA Shahbaz Sharif, he said: “I cannot shake hands with a person who is extremely corrupt.”