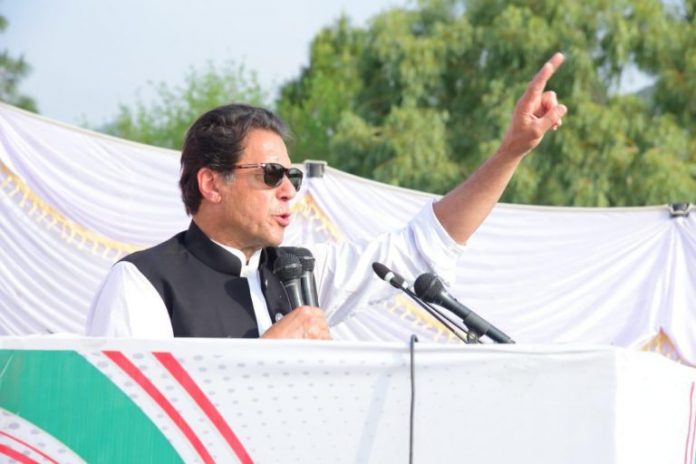 DARGAI: Prime Minister Imran Khan on Sunday said that he is ready to forgive the dissident MNAs of the PTI given that they rejoin the party. Addressing a jalsa in the Dargai tehsil of the Malakand district, Khyber Pakhtunkhwa, the premier told about two dozen disgruntled MNA’s of the PTI  — who had “sought refuge” at the Sindh House out of the fear of the government ahead of the no-confidence motion against the premier — that they have “committed a mistake by accepting a bribe from the Opposition.” “A leader is like a father figure to you,” the premier said. “Now, the nation has become exceedingly aware of politics because of social media, so even a child in the country knows that when a party member becomes a turncoat, there is money involved.” He reiterated that the whole nation would assume that the MNAs have “sold their conscience by voting in favour of thieves.”  “You will not be able to attend public gatherings and no one would marry your children when they’d grow up,” he warned his MNAs. “We all make mistakes. Allah also forgives his slaves. I am just like a father figure to you all. But for God’s sake, don’t make such a big mistake [by joining hands with the corrupt Opposition]. Think about your children’s future.” Amid political tensions in the country as the Opposition has already submitted a no-confidence motion to oust the premier and has demanded it to be tabled on Monday, PM Imran Khan said that the time has come for the people of Pakistan to make a decision now, adding that the youth will support the party that has worked for the sake of Pakistan.  Taking a jibe at the Opposition, he said that the PML-N threw PPP’s Asif Ali Zardari in jail during its tenure, while the PPP also initiated corruption-related cases against PML-N, including the Hudaibiya Paper Mills case, when they were in power.  He also said that it was the PML-N that had assigned the derogatory title of “diesel” to JUI-F’s Maulana Fazlur Rehman as they accused him of selling diesel permits after taking money from the PPP. “I, therefore, question the Opposition: Is thievery only bad when your adversary commits it? But when they join hands with you, does it become acceptable?” the premier said. He said that a leader has to lead by example, so if the public would see that their leader is corrupt, they will also follow suit. “When a nation becomes morally corrupt, it stops working hard because it resorts to corruption as it brings easy money,” he said. The premier said that in the last three-and-a-half years, the PTI-led government did things for the betterment of the country that had been unprecedented in the country. “I am the only leader in the history of Pakistan who brought up the issue of Islamophobia on every international platform.