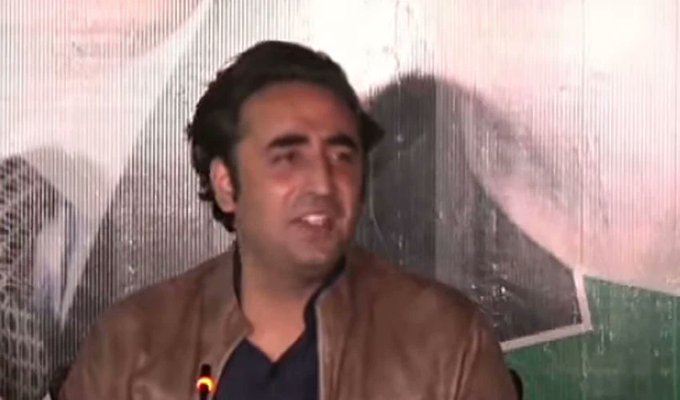 ISLAMABAD: PPP Chairman Bilawal Bhutto-Zardari on Sunday said that Prime Minister Imran Khan is running away from the no-confidence motion as he already knew about his defeat from the outset. Addressing a press conference in Islamabad, Bilawal said that the “captain who knows that he is going to win never runs away from the game.” “The speaker of the National Assembly did not hold the session 14 days after the requisition was passed,” said the chairman, adding that the Constitution of Pakistan says the NA speaker should hold a session after 14 days. “According to the rules, the voting on the no-confidence motion should take place after seven days of its submission just like it was done during Shaheed Benazir Bhutto’s time,” said Bilawal. The chairman said the prime minister is running away from the motion but “we will not allow him to play with the future of our country.” He went on to criticise the PM, saying that he has “violated the Constitution of Pakistan”, and that the NA speaker failed to follow the rules. Bilawal said that the Bar Council has presented a petition before the Supreme Court which did not include the names of political parties. However, the chief justice of Pakistan still issued notices to us. He said the government considers itself to be above the Constitution, laws and rules. “However, there is an institution in the country that is ready to protect our constitutional rights, democratic rights, our votes, and the parliamentarians.” Bilawal said that he will reveal the PM’s “propaganda.” adding that “he [PM Imran Khan] is trying to build a narrative that is based on fiction.” Talking about the Parliament Lodges incident, Bilawal said the government initiated it by attacking the parliamentarians and their lodges before arresting them. “When the MNAs moved to the Sindh House after the Parliamentary Lodges incident, the PM started a propaganda against them,” he added.