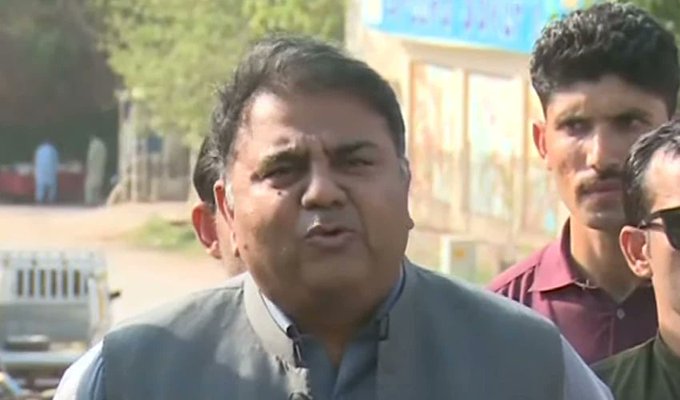 Talking to media in Islamabad today (Saturday), he said members who deceive Prime Minister Imran Khan will be rejected by the people.

The Minister for Information said dissidents who desire to vote against Imran Khan should first resign and then get re-elected as they won elections with PTI ticket. He urged the opposition to end bitterness and save the constitution.

On the other hand, PTI has issued show-cause notices to 14 dissident lawmakers.

The lawmakers have been asked to submit an unconditional apology and rejoin the party ranks within 7 days otherwise legal action will be launched against them.
It merits mention that opposition seeks to throw Khan out after rallying thousands of people on a campaign that he has mismanaged the economy, governance and foreign policy.

No Pakistani prime minister has ever completed his term in office.

The joint opposition consists of major parties such as the Pakistan Muslim League-Nawaz (PML-N) and the Pakistan People’s Party (PPP) – of former prime ministers Nawaz Sharif and Benazir Bhutto – and has a strength of nearly 163 in the lower house.

It needs a simple majority of 172 to prevail in the no-confidence vote.