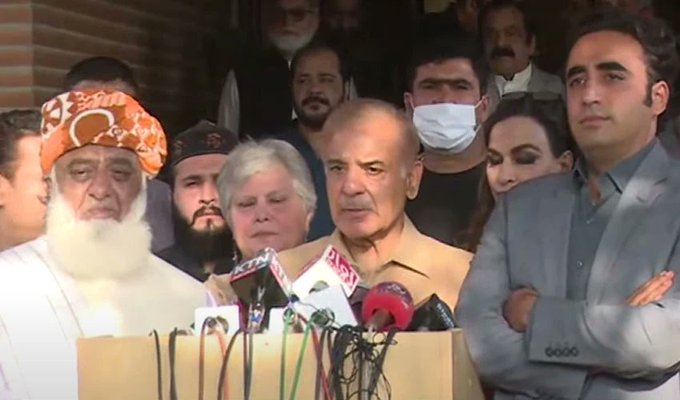 ISLAMABAD: The joint Opposition on Saturday warned the PTI-led government that if the no-confidence motion against Prime Minister Imran Khan is not tabled on Monday (March 21), then it will stage a sit-in inside the National Assembly.

“If this happens, I will convince all the opposition parties to stage a sit-in outside the NA. If the motion is not tabled on Monday, we will not disperse from outside the Parliament; we will see how you will hold the OIC (Organisation of Islamic Cooperation) conference,” he said.

The OIC session of foreign ministers is set to take place in Islamabad from March 22 to 23.

The PPP chairman said the government was threatening lawmakers against voting in favour of the no-confidence motion, which is seeking the ouster of PM Imran Khan.

“But despite that, I want to congratulate the people of Pakistan that PM Imran Khan has lost the house’s majority; this is a victory for Pakistanis,” Bilawal asserted.