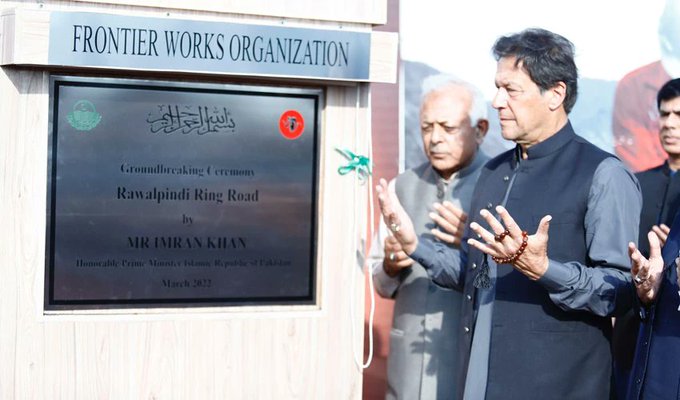 ISLAMABAD: Prime Minister Imran Khan said Saturday “crooks and traitors” had fallen into a trap after they filed a no-confidence motion against him.

Taking to Twitter, the premier shared a quote by the famous Persian poet, Shams Tabrizi, and urged his workers and supporters to “not worry about tricks and cheaters.”

“If some people are trying to trap and hurt you, Allah is also trapping them. Hole diggers will always fall in their holes. No bad remains unpunished, and no good remains without being awarded, so have faith in justice and let the rest be.”

The premier termed the incidents at the Sindh House as “illegal” and has repeatedly vowed to foil all attempts of the Opposition to oust his government.

With the National Assembly session for voting on the no-confidence motion against PM Imran Khan just days away, the government is trying to woo its allies for supporting it during the voting.

The Opposition is also attempting to cajole the PTI allies and seeking to break the government alliance in the lower house — by holding back-to-back meetings with them.

Although PM Imran Khan has said that he is ready for everything that the Opposition plans to throw his way, he has also intensified meetings with allies ahead of the no-trust motion session.

The government’s ally in the Centre, the Grand Democratic Alliance (GDA), has assured PM Imran Khan of complete support ahead of the no-trust motion, while other allies — BAP, MQM-P, and PML-Q — are still indecisive.

The joint Opposition had submitted a no-confidence motion against the prime minister on March 8.