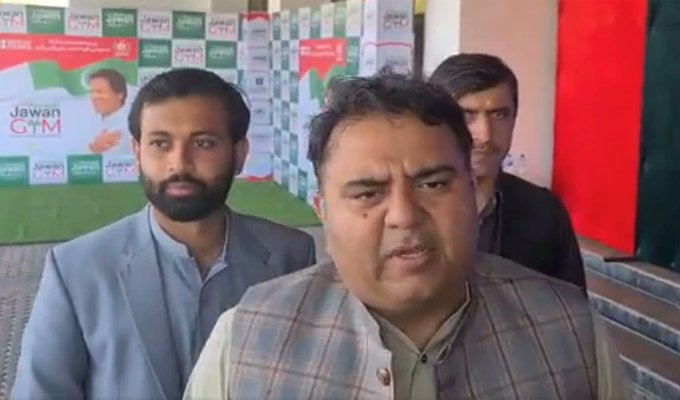 ISLAMABAD: As the PTI-led government make efforts to thwart the Opposition’s no-trust motion against Prime Minister Imran Khan, Information Minister Fawad Chaudhry said that a “major action” is being planned against horse-trading in Sindh House. The allegation was levelled by the information minister during a press conference in Islamabad. Sindh House, Islamabad, is currently the centre of horse-trading,” Fawad said while accusing the Opposition of buying votes of MNAs. “The way markets are being set up is against the Constitution.” He said that there were reports of huge sums of money being shifted to Sindh House, adding that PPP has deputed police outside it to accommodate people there. When asked if the government plans to raid Sindh House, Fawad said he doesn’t know about a raid but there would be a strict action.