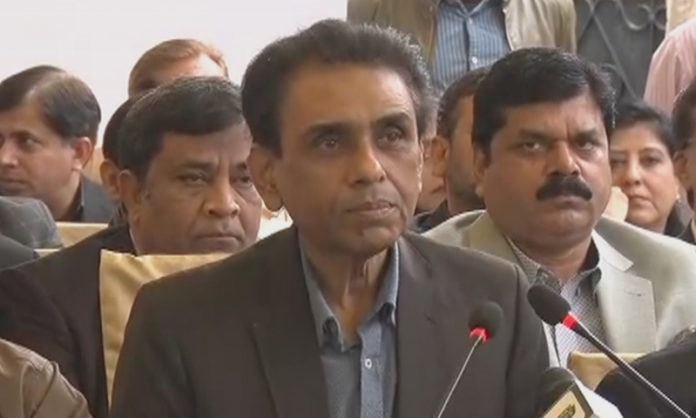 KARACHI: MQM-P Convener Khalid Maqbool Siddiqui, an ally of the PTI government, observed on Thursday that it was very difficult for Prime Minister Imran Khan to survive the vote of confidence after what transpired over the Sindh House between the government and the Opposition. “After today’s events government’s survival is difficult. PTI government can survive but prime minister’s survival is difficult,” The MQM-P leader expressed regret over the incidents that occurred today, adding that other democratic ways could have been used to tackle the situation. He added that the government would not be able to survive if the situation remains like this. The MQM-P leader was commenting on the war of words that ensued between the government and the Opposition after PTI MNA Raja Riaz claimed that at least 24 ruling party MNAs were staying at Sindh House in Islamabad. Riaz had claimed that if PM Imran Khan assures all MNAs that no action will be taken against those who decide to vote against him on the day of the no-confidence motion, they are ready to go back to the Parliament Lodges., PTI MNAs Malik Nawab Sher Waseer and Riaz said that around 24 PTI members have been staying in the Sindh House right now. Riaz further said that many other ministers are ready to come here, however, “PML-N is unable to accommodate all the members.”