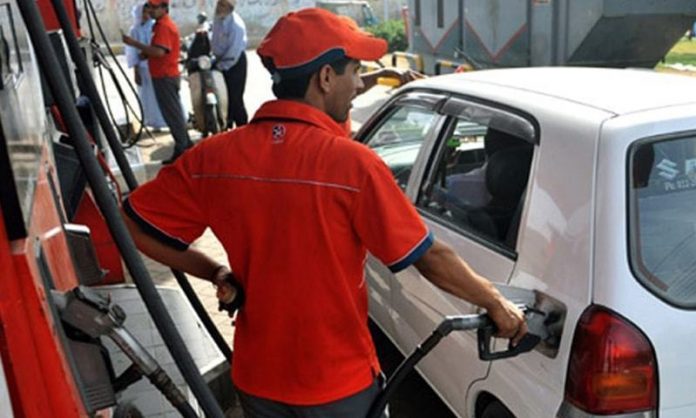 KARACHI: In line with Prime Minister Imran Khan’s decision, the Finance Division announced in its fortnightly review that petrol prices would remain unchanged throughout the country.  “In line with the decision of the prime minister in the last fortnightly review, the petroleum product prices to remain unchanged despite abnormal price increase in the international market,” said a statement issued by the Finance Division. The statement added that decision would mean that the government will bear the additional burden of Rs30 billion for the fortnight (March 16-31, 2022). Last month, Prime Minister Imran Khan announced slashing the petrol and diesel price by Rs10 per litre. At the outset of his speech, PM Imran Khan had announced that everybody was of the view that increasing commodity and oil prices were a temporary phenomenon; however, in line with the ongoing situation in Ukraine, the government realised that prices would not fall in the international market. Criticising the Opposition for hurling unnecessary allegations at the PTI-led government, the PM had asked them to come forward with solutions to address the petrol issue. PM Imran Khan further had said that since Pakistan imports petrol, if the prices increase in the international market, there is nothing the government could do. Sharing details of petrol prices in other countries, the premier had said that “in Pakistan, the price of petrol is still the lowest in the world.” Among 190 countries, Pakistan stands at number 25 in terms of lowest petrol and diesel prices,” he had said.
The premier had further added that in Pakistan, the price of petrol is Rs160 per litre, while the price of petrol in India is Rs260, Rs185 in Bangladesh and Rs 200 in Turkey. “If the government stops providing subsidies worth Rs70 billion, every worth then the price of petrol in Pakistan would have been Rs220 per litre,” he had said. The premier further said that he received a summary from the Oil and Regulatory Authority (OGRA) to increase charges by Rs10 per litre keeping in view the price hike in the international market. “In order to provide relief to the people, I want to announce that instead of increasing the price of petrol and diesel we are reducing it by Rs10 per litre,” he had said.