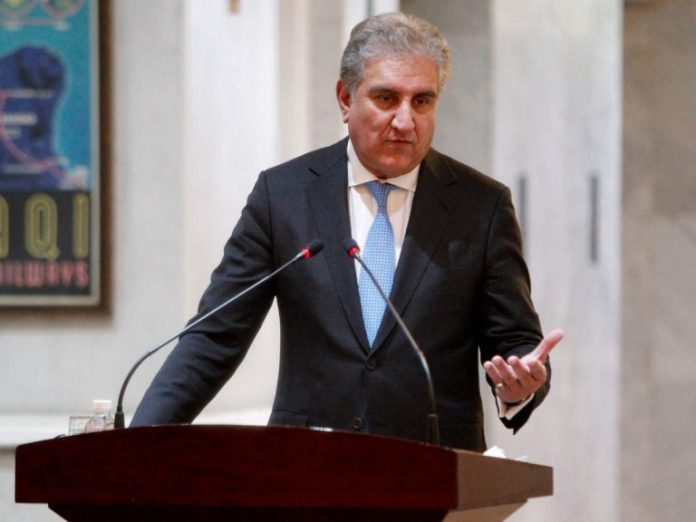 The Foreign Minister briefed the UNSG on the so-called “accidental” firing of a missile by India on 9 March 2022 which fell to the ground in Pakistan’s territory. He stressed that it was a blatant violation of Pakistan’s airspace and reflective of India’s disregard for aviation safety as well as regional peace and stability. The Foreign Minister emphasized that Pakistan continued to act with restraint and responsibility.

Noting the multiple shortcomings and technical lapses of a serious nature in India’s management of strategic weapons, the Foreign Minister underscored Pakistan’s demand for a joint probe into the incident. The Foreign Minister added that the incident was consistent with India’s irresponsible conduct and needed to be addressed by the international community, including the UN Security Council.
Foreign Minister Qureshi and Secretary General Guterres also discussed Pakistan-UN cooperation including in the area of peacekeeping as well as for overcoming the challenges posed by the triple global crisis of COVID-19, sustainable development and climate change.
On the situation in Ukraine, the Foreign Minister shared Pakistan’s perspective on the ongoing conflict, its adverse economic impact on developing countries, and Pakistan’s efforts in support of a solution through dialogue and diplomacy. He pointed out that Prime Minister Imran Khan had been stressing from the outset that developing countries suffer the most from conflict anywhere in the world.
The Secretary General apprised the Foreign Minister of the recent initiatives being explored by the UN to address sky-rocketing inflation worldwide in the wake of the situation in Ukraine. He also highlighted the need to collectively undertake measures for countering the disruptions in global supply chains which were leading to food and energy shortages with a particularly adverse impact on developing countries. The Foreign Minister lauded the Secretary General’s efforts in that regard and assured him of Pakistan’s full support and cooperation in these endeavours.