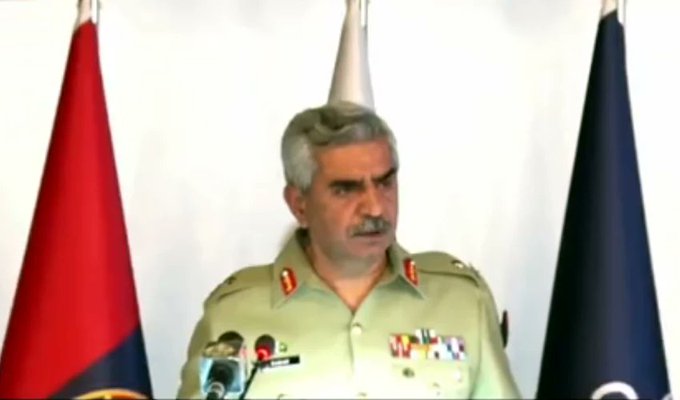 RAWALPINDI: An Indian projectile on Wednesday (March 9) entered the Pakistani airspace and fell near Mian Channu in Khanewal district, causing some damage to the surrounding areas. Addressing a press conference in Rawalpindi, the Director-General of the Inter-Services Public Relations (ISPR) Major General Babar Iftikhar said that Pakistan strongly condemned the incident and asked India for an explanation. “At 6:43pm [on Thursday], a high-speed flying object was picked up inside the Indian territory by the Air Defence Operation Centre of the Pakistan Airforce,” he said. “From its initial course, the object suddenly manoeuvred towards the Pakistani territory and violated Pakistan’s airspace [before] ultimately falling near Mian Channu at 6:50pm.” He said that when the projectile fell, it damaged some civilian property. “Thankfully, no loss or injury to human life was caused,” he said, adding that the Pakistan Air Force (PAF) continuously monitored the complete flight path of the flying object from its point of origin near Sirsa in India till its point of impact near Mian Channu. He went on to say that the PAF initiated requisite tactical actions in accordance with the standard operating procedures (SOPs) and that the flight path of the object endangered many international and domestic passenger flights both in Indian and Pakistani airspace as well as human life and property on the ground. “What caused this incident to happen is for the Indians to explain,” he said. “It nevertheless shows their disregard for aviation safety and reflects very poorly on their technological prowess and procedural efficiency.” Maj Gen Iftikhar said that the incident could have resulted in a major aviation disaster as well as civilian casualties on the ground. “Pakistan strongly protests this flagrant violation and cautions against the recurrence of any such incident in the future,” he asserted.