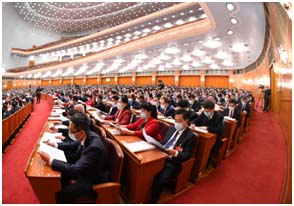 By Wan Yu, People’s Daily
Chinese Premier Li Keqiang on March 5 delivered a government work report at the opening meeting of the fifth session of the 13th National People’s Congress (NPC), raising a series of projected targets for development this year, including a GDP growth target of around 5.5 percent and creation of over 11 million new urban jobs.
Xiang Dong, deputy director of the State Council Research Office, note that because of constant impacts from COVID-19, China’s average GDP growth for the period in the past two years was slightly lower than the six-percent growth in 2019.
According to him, most major economies in the world reported two-year average growth lower than their growth in the pre-pandemic years, and China is the country that sees the smallest contraction.
He explained that the 5.5-percent growth target was raised out of three major considerations.
Firstly, China needs to stabilize employment, ensure living standards and guard against risks. A 5.5-percent growth will lay a foundation for expanding employment and increasing income, and it also maintains the country’s economy within a reasonable range.
Besides, the figure is able to align the two-year average growth with the targets set in the country’s 14th Five-Year Plan (2021-2025). It is science-based and reasonable, and conforms to China’s economic projection at the present stage.
In addition, the 5.5-percent growth represents medium- to high-speed growth on top of a high economic base and mirrors China’s active efforts. To increase China’s 2021 GDP of 114.4 trillion yuan ($18.11 trillion) by 5.5 percent is equivalent to realizing a 7.4-percent growth five years ago, or a 10.5-percent growth 10 years ago. The increment is close to the annual GDP of the world’s 11th or 12th largest economies.
“It’s not easy to achieve this target and it takes arduous efforts,” Ren noted.
He said China, ensuring sound pandemic prevention measures, will focus its efforts on three aspects to realize the target of 5.5-percent growth. The country will take stability as a priority and pursue progress while ensuring stability. It will enhance the implementation of macro policies and increase monetary policies’ support for real economy. Besides, the country will also unswervingly deepen reform, expand opening up and promote innovation, implementing its strategy of expanding domestic demand to vitalize the market and strengthen endogenous development.
When delivering the government work report, Li said that the opening Chinese market will provide more opportunities for foreign enterprises’ development in the country.
China will expand high-level opening up and promote stable development of foreign trade and foreign investment, Li noted.
He pointed out that China will fully exploit the Chinese and overseas markets and resources and expand foreign cooperation on economy and trade, so as to facilitate in-depth reforms and promote high-quality development. 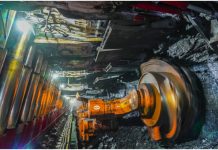 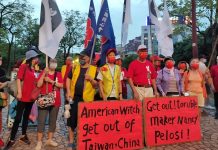 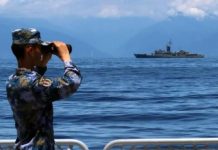