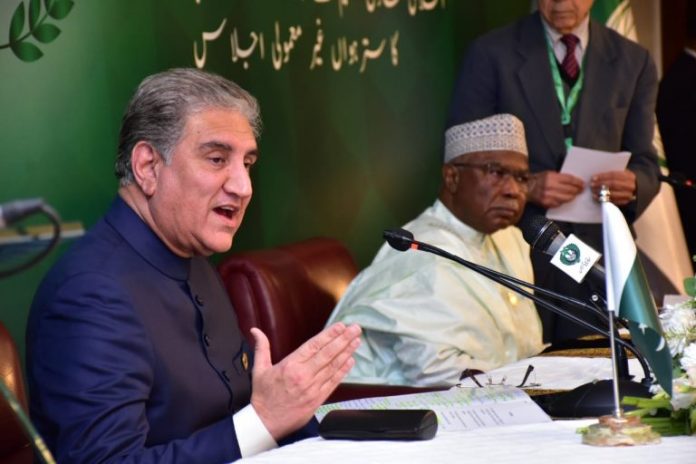 KARACHI: Foreign Minister and vice Chairman Pakistan Tehreek Insaf Makhdoom Shah Mehmood Qureshi, said that winds of change started blowing in Sindh and in upcoming general elections people will decide for better future by rejecting PPP. He was addressing a grand public gathering in Tando Muhammad Khan while leading the Sindh Haqooq March on Friday along with President PTI Sindh Syed Ali Zaidi, general secretary Sindh Mubeen Jatoee and MNAs, MPA and other leaders of the party. On the seventh day the march begun from Badin and reached Tando Muhammad Khan while passing by Talhar, Matli and other towns. A large number of people along with party workers warmly welcomed the Haqooq-e-Sindh March at various places en route by showering flowers, hoisting PTI flags and chanting slogans. Shah Mehmood Qureshi addressing public gathering in Tando Muhammad Khan also condemned terrorist attack in a mosque of Peshawar and expressed grief on loss of precious life in the incident. He said that as the foreign minister he knew the elements involved in the heinous acts of terrorism and who was providing resources for the purpose with nefarious designs aimed at destabilizing Pakistan. Shah Mehmood said that Pakistani nation, armed forces, police and other law enforcing agencies with unified efforts defeated terrorists and rooted out menace of terrorism from the homeland and now Pakistan is on the path of economic growth with consolidation of economy and investment started pouring in. But it is unacceptable to some antagonist forces and such incidents are being carried out to create uncertainty among the people, he observed adding that our political opponents were also trying to create uncertainty to prolong their rule and save them from accountability.