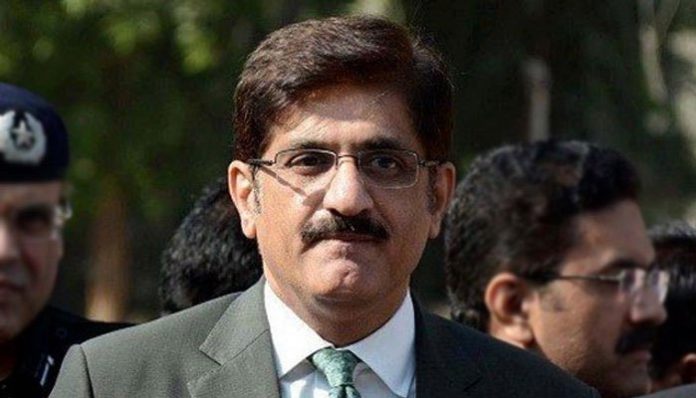 KARACHI: The Livestock department on the directives of Sindh Chief Minister Syed Murad Ali Shah has constituted a task force to control and confine the Lumpy Skin Disease (LCD) infections spread among chattels in Bhains Colony cattle in Karachi. Sindh Chief Minister Syed Murad Ali Shah taking serious notice of the reports that the lumpy skin disease has affected cattle in the cattle colony causing an unrest among the dairy farmers, directed DG Livestock Dr Nazeer Kalhoro to send special teams to the [dairy] farmers to vaccinate their cattle against the viral disease.    The DG Livestock, on the directives of the CM, constituted to control and contain the lumpy skin disease infections in Karachi. The committee include Additional Director Livestock Dr. Rafique Memon (Chairman) Dr. Habibullah Jamali,  Dr Javed Memon, Dr Rashid Pirzada,  Dr. Amjad Shah, Dr. Khalid Jalbani (Members) with the task to take all the necessary efforts and utilize their resources to control the disease in affected areas. The task force would collect the samples from the infected animals of affected areas and submit them [samples] to Central Veterinary Diagnosis Tando Jam and to the Sindh Institute of Animal Health Karachi. The task force has also been allowed to utilize the Human Resources and field force from the adjoining districts, if required. The committee would also develop coordination with the concerned Municipal authorities to launch anti-mosquito spray of the colonie. The task force would also submit daily progress reports to the DG Livestock and to the CM secretariat. The Ministry of National Food Security & Research (Livestock Wing) of the federal government through a letter has confirmed that Lumpy Skin Disease (LSD) has been confirmed in selected areas of Sindh and South Punjab and issued certain guidelines to control it.