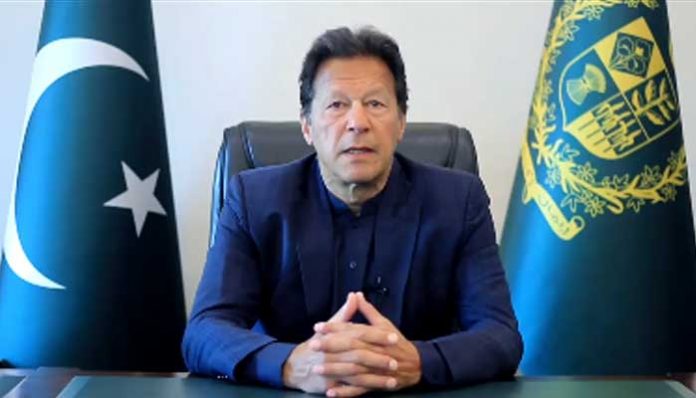 ISLAMABAD: Prime Minister Imran Khan said on Thursday that Islamabad and Tashkent are working to repair the 500-year old ties that the South Asia region had with Uzbekistan. “This region has had relations with Uzbekistan for 500 years. These ties had ended 150 years ago and we will repair them,” said PM Imran in a joint press conference with Uzbek President Shavkat Mirziyoyev. The press conference was held after the two sides signed nine MoUs and agreements. The premier, while welcoming the Uzbek president, said that trade between the two countries had increased by 50% within a year. PM Imran said that Tashkent and Islamabad are jointly developing a film on Mughal emperor Zaheeruddin Babar. On his one-on-one meeting with the Uzbek leader, the PM briefed the visiting official on the Kashmir issue, adding that Islamabad and Tashkent have a shared stance on Islamophobia. The premier also said that both the countries are looking to expand ties between Pakistan and Uzbekistan via Afghanistan. On the other hand, the Uzbek president thanked the Pakistani leadership and people for their hospitality. “I was eagerly waiting to visit Pakistan but it was delayed due to the coronavirus,” said the Uzbek president. He added that both the countries are working to revive the “cultural links”. In his talks with PM Imran, the Uzbek leader said that their discussions on “various issues” was constructive. PM Imran and President Mirziyoyev also signed a joint declaration on the “next steps in the strategic partnership” between the two countries. The declaration issued by the PM office said that the leaders of the two countries held comprehensive consultations and considered all aspects of bilateral relations, paying special attention to the development of cooperation in the trade and economic sphere, science and technology, culture, education, security and defence, and regional connectivity. “Emphasising the centuries-old historical, religious, cultural and scientific ties between the two peoples and based on previously reached agreements, the parties agreed to further deepen and expand strategic partnership in all areas and in this context, decided to conclude a treaty on strategic partnership,” said the statement. Both the leaders also exchanged views on issues of global and regional importance they also reaffirmed their commitment to closely interact on common positions and to continue the practice of mutual support at international and regional forums on all issues of mutual interest. According to the statement, President Mirziyoyev shared his vision on the “New Uzbekistan” strategy with PM Imran. While the Pakistani premier shared his “outlined his vision of ‘Naya Pakistan’ that is centred on social justice and economic security”.