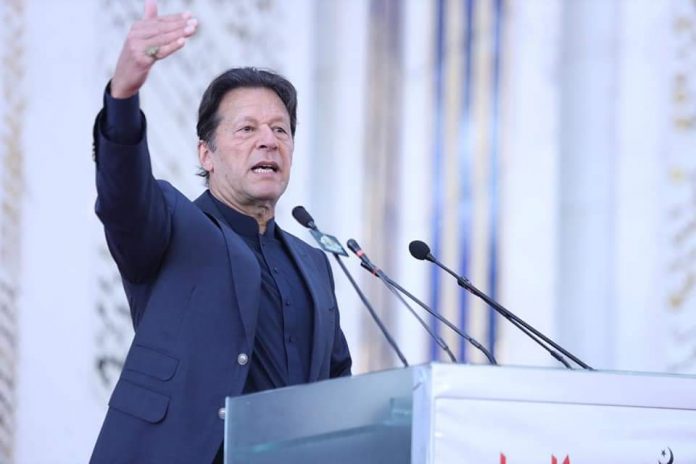 He was addressing a large number of people belonging to low-income group here at the Faisal Mosque, gathered for the launch of interest-free loans under Kamyab Pakistan Programme.

Under Kamyab Pakistan Programme – a component of the prime minister’s vision for poverty alleviation, the loans will be disbursed among the youth, women, farmers and for the construction of low-income houses during the next two years.

PM Khan said so far Rs 2.5 billion had been disbursed among the low-income groups in various welfare schemes and mentioned that the banks had also given loans of Rs 55 billion after the government encouraged them to facilitate common man.

He said Pakistan had been envisioned as a socio-welfare country in line with the golden principles of Islam’s first State of Medina.

He, however, regretted that deviation from this ideology led the country facing several challenges regarding the well-being of common man.
The prime minister said following the glowing teachings of Prophet Muhammad (Peace be upon him) regarding caring for the rights of people was the righteous pathway for a nation to adopt.

He said the national health insurance programme launched by the government would help expansion of medical set up in public and private sector across the country.

He said providing free medical treatment worth Rs one million to every household annually was a proud step taken by his government.

Prime Minister Khan said that all the tax money collected by the government would be spent on the welfare of general public.

Finance Minister Shaukat Tareen in his video message said the programme was in line with the vision of a socio-welfare State to facilitate the common man.

He said interest-free loans besides the technical training would enable the low-income group to earn their livelihood.

He said in collaboration with the government, Akhuwat Foundation on the occasion would provide interest-free loans worth Rs one billion to 7,000 households and expressed confidence that the programme would contribute to poverty alleviation.

During the said period, the government will provide a subsidy of Rs 56 billion for the purpose.

The key objective of the Kamyab Pakistan Programme is to provide relief to the low-income group and increase economic growth.