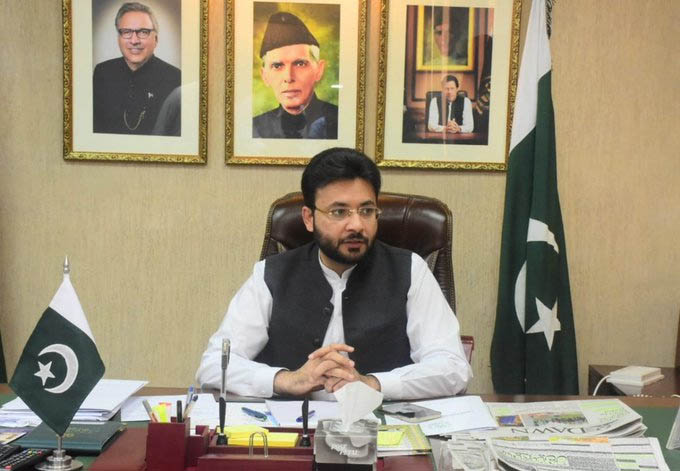 ISLAMABAD: Minister of State for Information and Broadcasting Farrukh Habib on Sunday said the government of Pakistan Tahreek-e-Insaaf (PTI) would not allow looters of public money to escape the law with the support of Sindh people.

Responding to Pakistan Peoples’ Party’s (PPP) ‘Awami Long March’ headed by its chairman Bilawal Bhutto Zardari, the minister said the people of Sindh become tired of PPP’s poor governance in the province that had destroyed all institutions.

Farrukh asked Bilawal to explain as to why the people of Karachi and Sindh were left at the mercy of the tanker mafia and hoarders. He said the Sindh police was busy in entertaining PPP leaders while people were being robbed in day broad light.

He said it was the federation which looks vibrant across the province whether it was Green Line Bus in Karachi, uplift of backward areas in Sindh or provision of clean drinking water or cleanliness of drains. He said the people in Sindh were joining ‘Sindh Huqooq March’, at a large as PPP leaders exploited Sindhis and kept them deprived of their due rights.

The minister said the people across the province including Karachi were chanting slogans ‘Go Sindh government go’ due to unjust treatment of PPP to the people. He said the failed opposition would have to wait another year as Prime Minister Imran Khan would complete his constitutional term till 2023.