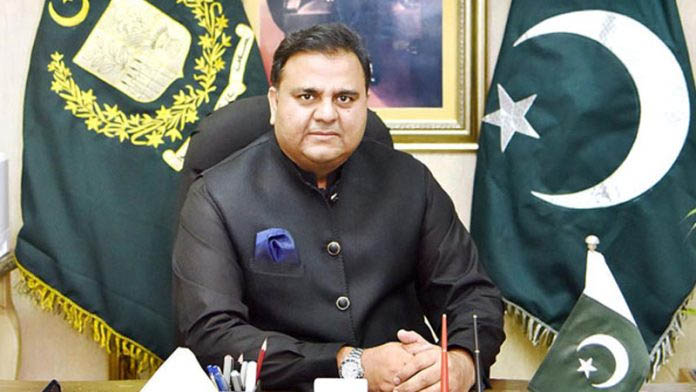 “We have been hearing for the last 15 to 20 days that the no-trust move was around the corner, but in reality that is beyond their power as they lack the capacity to bring the motion,” he said in a media talk here.

Describing the Opposition’s current endeavor to oust the democratically elected government as “futile”, he said their leaders just wanted to keep their Members of Parliament (MPs) engaged politically.

As regards to the long marches of the Opposition parties towards Islamabad, he said it seemed that the PTI would have to provide them people for their face-saving and political survival.

Referring to a viral video in which a female leader of Pakistan Peoples Party (PPP) could be seen riding on a donkey cart with party workers, the minister said he had already offered to provide them with “horses” and “donkeys” for the long march.

To a query, he said PTI leader Jahangir Tareen stands by the Party and would continue to support the government.
Commenting on the meetings between the government allies and the Opposition parties’ leaders, he said the politicians took their decision by reviewing evolving politics and future political discourse. “Who will prefer to get along with the Opposition which does not know even about their leader or candidate for prime minister,” he questioned.

Commenting on the Prime Minister’s visit to Russia, he said that it was for the first time that Pakistan demonstrated an independent foreign policy. “Prime Minister Imran Khan is a brave leader,” he said reiterating his stance that the country should always have a leader who had stature at the national and international level.

Opposition leaders had no credibility within the country and abroad due to their corrupt practices, he added.
He said the visit of the Prime Minister to Russia had increased the respect of the whole nation. The country would adjust the foreign policy in line with its interests, he said while lambasting the critics of the prime minister’s visit to Russia.

Referring to the Pakistan Muslim League-Nawaz leader, he said actually those people were perturbed by the Prime Minister’s visit who had their estates in the west. They would never return to Pakistan as the people of Pakistan had buried their politics once and for all.

Fawad said PM Imran Khan always spoke against the war and in his recent statement, he had expressed regret over the war that broke out in Ukraine.
“Pakistan has always played a role for peace and wanted the world to move forward,” he said while pointing to a surge in the prices of oil and wheat across the globe due to the Russia-Ukraine conflict.

To another query, he said that foolproof arrangements had been made for the safe evacuation of Pakistanis stranded in Ukraine due to the prevailing situation.