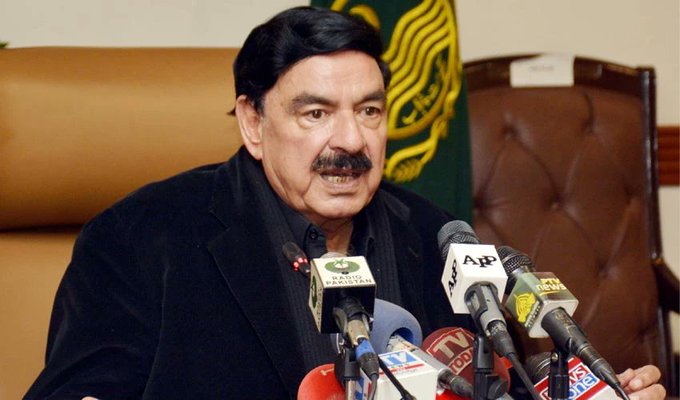 LAHORE: Interior Minister Sheikh Rasheed Ahmad on Friday cautioned the joint Opposition against horse-trading as their efforts to gather ruling PTI’s allies’ support for bringing a no-confidence motion against Prime Minister Imran Khan continue to intensify. The coalition of the three major opposition parties — PML-N, PPP and JUI — has recently tasked the PPP co-chairman Asif Ali Zardari to deal with the government’s allies regarding the matter. “Nawaz Sharif has assigned horse-trading to Asif Zardari,” Rasheed said while addressing a press conference in Lahore. The minister warned that all the Opposition’s efforts will go in vain and those engaged in horse-trading will get nothing. He also advised the Opposition to prepare for the next election instead as there is only one year left for it. “I’m witnessing a political turmoil […] these people are going to dig their own grave,” the minister said. Speaking about the no-trust motion that the joint Opposition is trying to bring against the incumbent government, Rasheed said that all the “materialistic elements” are coming together out of fear. “PM Imran Khan would get even stronger after the failure of the no-trust motion. You will see that Imran Khan will face this game with valour,” he added. Rasheed went on to say that he is seeing PM Imran Khan successfully completing his term as the premier as he knows when to decide what, adding that “all the institutions are standing with the government.” He said that Pakistan currently needs a democratic government, adding that he hopes that the entire PTI leadership will stand by PM Khan. The minister further said: “I would suggest PM Khan have talks with Jahangir Tareen, even if PTI gets upset with my suggestion.”