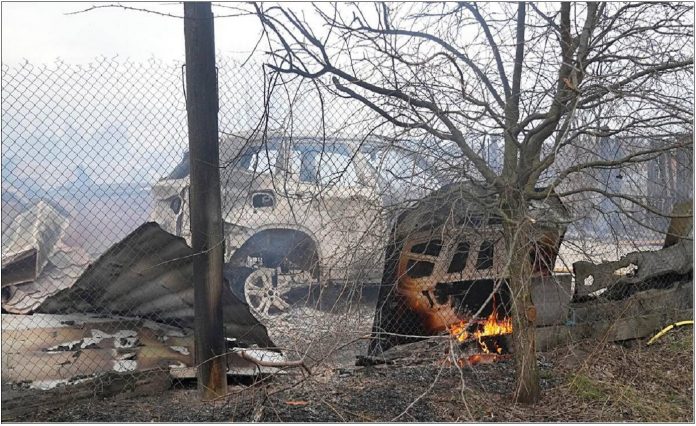 KYIV: Russia launched a wide-ranging attack on Ukraine on Thursday, hitting cities and bases with airstrikes or shelling, as civilians piled into trains and cars to flee. Ukraine’s government said Russian tanks and troops rolled across the border in a “full-scale war” that could rewrite the geopolitical order and whose fallout already reverberated around the world. According to details, Russia, in defiance of international pressure, invaded Ukraine. It conducted ground and air operations while targetting military installations, destroy Ukrainian airbase and air defense systems. Meanwhile, 10 civilians were killed. Ukraine claimed to have killed 50 Russian soldiers and shot down seven planes in retaliation. In unleashing Moscow’s most aggressive action since the Soviet invasion of Afghanistan in 1979, President Vladimir Putin deflected global condemnation and cascading new sanctions — and chillingly referred to his country’s nuclear arsenal. He threatened any foreign country attempting to interfere with “consequences you have never seen.” Sirens wailed in Ukraine’s capital, large explosions were heard there and in other cities, and people massed in train stations and took to roads, as the government said the former Soviet republic was seeing a long-anticipated invasion from the east, north and south. It reported more than 40 soldiers had been killed and dozens wounded so far. The chief of the NATO alliance said the “brutal act of war” shattered peace in Europe, joining a chorus of world leaders who decried the attack, which could cause massive casualties, topple Ukraine’s democratically elected government and upend the post-Cold War security order. The conflict was already shaking global financial markets: Stocks plunged and oil prices soared amid concerns that heating bills and food prices would skyrocket. Ukrainian President Volodymyr Zelenskyy cut diplomatic ties with Moscow and declared martial law. “As of today, our countries are on different sides of world history,” Zelenskyy tweeted. “Russia has embarked on a path of evil, but Ukraine is defending itself and won’t give up its freedom.”