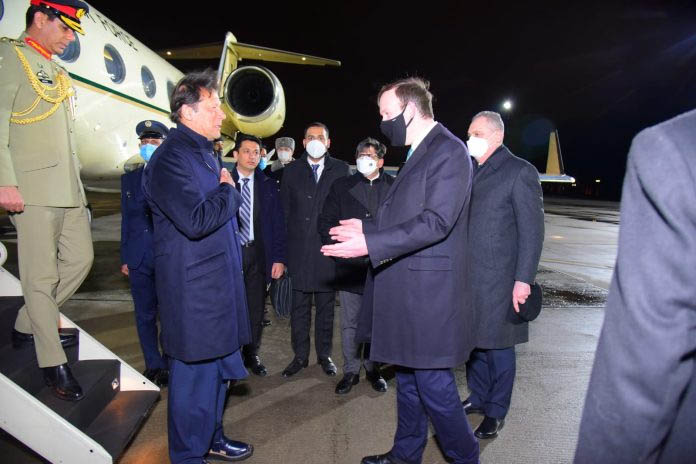 MOSCOW, (Russia) Feb 23 (APP): Prime Minister Imran Khan on Wednesday was accorded a red carpet welcome upon his arrival to Russia on a two-day official visit.

Upon arrival at the airport, the prime minister and his delegation was warmly received by Deputy Russian Foreign Minister Igor Morgulov and the high officials of Pakistan Embassy. The prime minister was also given a guard of honour.

The prime minister is undertaking the visit at the invitation of President of the Russian Federation Vladimir Putin.

The bilateral summit will be the highlight of the visit. During the summit meeting, the two leaders will review the entire spectrum of bilateral relations including energy cooperation, according to Foreign Office.

They will also have a wide-ranging exchange of views on major regional and international issues, including Islamophobia and the situation in Afghanistan.

The prime minister’s visit will contribute to the further deepening of the multifaceted Pakistan-Russia bilateral relationship and enhancement of mutual cooperation in diverse fields.

Pakistan-Russia relations have made impressive progress over the past two decades. There has been regular interaction between the two sides at the highest level as well as the working level.