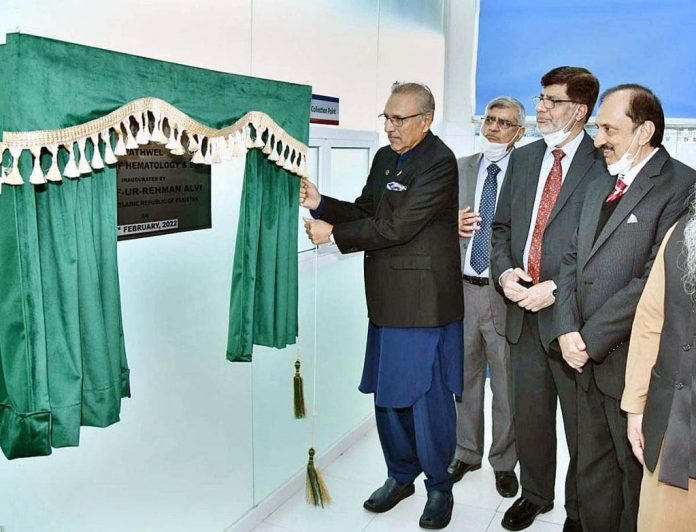 RAWALPINDI: President Dr Arif Alvi on Wednesday said raising awareness about Thalassaemia and its prevention through screening of individuals before marriage could prove helpful in reducing chances of its transmission to the next generation.

Addressing here at the inauguration of Bone Marrow Transplant Centre under the Pakistan Thalassaemia Welfare Society (PATHWEL), he said premarital screening could act as a supportive step in controlling the life-threatening blood disorder.

President Alvi, however, pointed out that mass screening at the present stage was not feasible and therefore required awareness about conducting targeted medical tests as a preemptive measure.He said pre-marriage counselling by the Khyber Pukhtunkhwa government was offering guidance on various health-related issues and proposed that awareness about Thalassaemia could be included in the module.

He lauded doctors at the Bone Marrow Transplant Centre volunteering their services for the Thalassaemia patients and also acknowledged donors and philanthropists for financially supporting the costly treatment.

On the legislation regarding organ donation, he stressed that a set of commonly adopted recommendations by the medical community could be more effective and helpful for the government in taking a course on the important matter.

The president highlighted the importance of a preventive approach in controlling several other diseases such as diabetes through a balanced diet, hepatitis by means of single-use syringes and even COVID-19 through frequent handwashing.