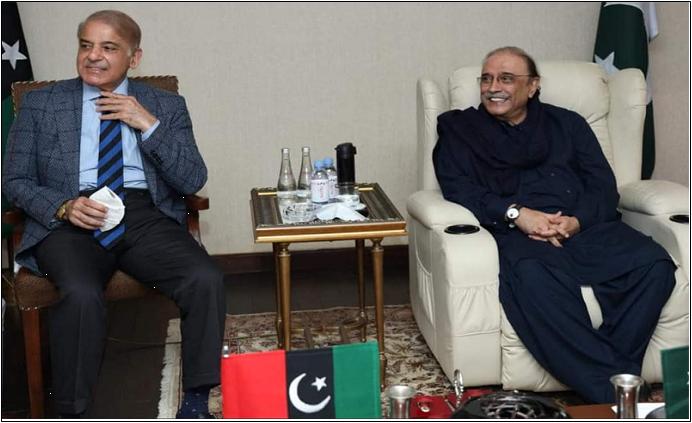 LAHORE: The Pakistan People’s Party (PPP) has decided to support the long march of the PDM. According to sources, the meeting took place on a daily basis to discuss with the PPP leadership about the political situation in the country, including the no-confidence motion against the government. PPP co-chairman Asif Zardari has assured JUI-F chief Fazlur Rehman of his complete support for the opposition’s no-trust motion to oust Prime Minister Imran Khan,  After almost a year hiatus, PPP’s co-chairman Asif Ali Zardari met with JUI-F and antigovernment alliance Pakistan Democratic Movement (PDM) chief Maulana Fazlur Rehman in order to devise a strategy to oust the incumbent government on Monday. This was the first face-to-face meeting between both leaders since last April, when PPP chairperson Bilawal Bhutto Zardari announced his decision to part ways from the PDM over the opposition’s resignations from parliament. According to the sources, during the meeting, different options were discussed for the success of the no-trust move against the prime minister, while the two leaders had also agreed to take estranged PTI leaders into the confidence. According to the sources, both politicians had also discussed the distance between PDM and PPP that had emerged last year over the issue of resignations from parliament.