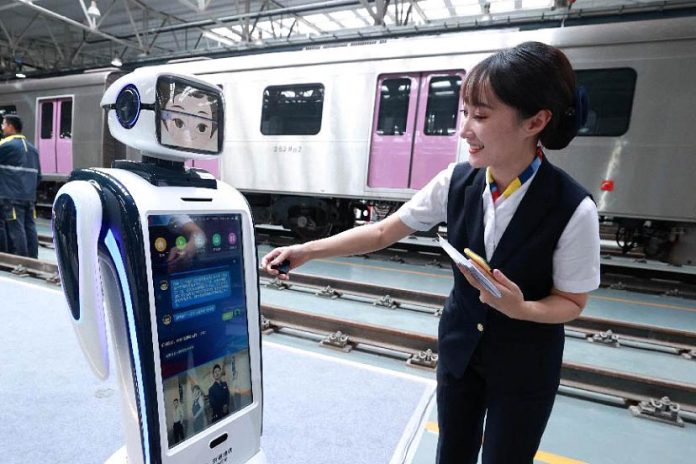 As China pushes ahead with the construction of smart cities, smart subway has gained momentum across the country, with big data, cloud computing, artificial intelligence (AI), 5G and other new technologies being increasingly employed in urban rail transit systems.

Thanks to digital technologies, subways in China are not only able to function as a convenient and fast means of transportation, but meet people’s diverse needs and offer a wide range of services.

Through a comprehensive operation platform at the central control room of the station, workers are able to monitor the entire station and spot various incidents in time.

At Guoduxi Station of Metro Line 6 in Xi’an, capital of northwest China’s Shaanxi province, an AI-based virtual “attendant” serving as an information assistant with a human voice and communication skills enables passengers to search for information.

Passengers can interact with the virtual “attendant” either through the use of a touch screen or voice commands. The “attendant” can automatically judge the needs of passengers according to their questions, and guide them to the right service interfaces.

Xi’an Metro Line 6 is the first of its kind in China that has adopted a smart security check system for the whole line, which, empowered by technologies concerning such tasks as intelligent identification, smart image analysis and intelligent connection, can ensure that passengers and their personal belongings go through security checks efficiently.

After registering an account on Guangzhou Metro’s official app with their authentic identity information, passengers can make use of a facial recognition system to board and pay fares without fumbling for a transportation card at stations of Metro Line 18 in Guangzhou, capital city of south China’s Guangdong province.

During rush hours, the app, as well as the public address system, electronic screens, and escalators at stations, display the real-time crowd levels of carriages to guide passengers to those with lower crowd density.

Since the outbreak of COVID-19, subway has become a major front line for the containment of the epidemic.

Subways in various cities across China rolled out diversified smart systems to ensure people’s safety amid large flows of population, making positive contributions to epidemic control. The urban rail transport system in Shenzhen city, Guangdong province, has employed a smart system for security checks that enables information about high fevers and other abnormalities to be sent to the subway command center as fast as possible.

The museum, the first of its kind in the country, includes six large-scale three-dimensional LED art installations, which transform part of the metro station into an art space, showcasing a blend of science, technology, and fashion.

“With the rapid development of smart metro systems, both the core function as a means of transportation and additional functions of the metro can be realized through the application of digital and intelligent technologies,” said Wang Peng, an associate professor at Renmin University of China.

At the same time, subways have created more new application scenarios for digital technologies in aspects such as relaxation, culture, tourism, advertising, and social contact, playing a big role in promoting cultural communication and business ecosystem development, he added. 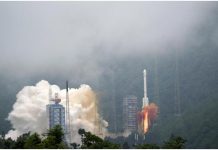