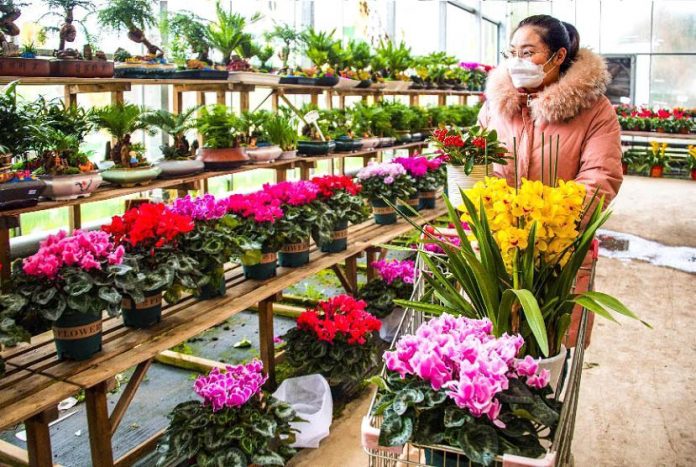 “China has maintained a leading position in the world in both economic development and epidemic prevention and control. China’s advantage of a super-large market will continue to deliver benefits and the potential of China’s domestic demand will continue to be unleashed,” said an official with China’s National Development and Reform Commission (NDRC).

In 2021, China continued to be a frontrunner in terms of economic development and COVID-19 containment. To guarantee stable economic operation, various localities and competent departments across the country rolled out a series of policies and measures to stabilize investment, stimulate consumption, and facilitate the growth of the domestic market last year.

These policies and measures have helped the country realize continuous recovery in its consumer market and sustain growth momentum in investment.

Domestic consumption has remained a major driving force for China’s economic development, contributing 79.1 percent to the country’s economic growth in 2021, up 4.4 percentage points from the previous year.

“In 2021, the giant vessel of the Chinese economy traveled steadily and far. During the journey, China’s domestic market continued to expand, supply capacity constantly improved, reform and opening-up reached deeper levels and broader areas, and people’s living standards were further raised,” said the official with the NDRC.

These achievements are all helpful for continuously creating favorable conditions and more space for the growth of domestic consumption in 2022, according to the official.

China’s domestic consumption still has huge potential for growth. In 2021, the country’s gross domestic product (GDP) expanded 8.1 percent year on year to more than 114 trillion yuan (about $18 trillion). Meanwhile, China’s per capita GDP exceeded $12,000, which is projected to surpass the global average.

Last year, China remained the world’s second-largest commodity consumption market. As its new urbanization strategy was further promoted, the percentage of permanent urban residents in the country reached 64.72 percent in 2021, up 0.83 percentage points from that at the end of 2020.

Continuous improvement in the quality of supply has guaranteed a smoother virtuous cycle of supply and demand in China.

China has built the world’s largest 5G standalone network. Last year, the country’s shipments of 5G phones amounted to 266 million units, an increase of 63.5 percent from the previous year.

The year 2021 also witnessed fast growth of both the production and sales of new-energy vehicles (NEVs) in China, with the country’s NEV output and sales surging 159.5 percent and 157.5 percent respectively to around 3.55 million units and 3.52 million units.

“In 2022, China’s advantages of full-fledged industrial system and stable production capacity and the continuously improving innovation capability of enterprises will play a greater role in leading and creating domestic consumption,” said the official with the NDRC.

As Chinese people’s living standards have been improved continuously, their consumption desire has gradually recovered.

Last year, China’s job market remained generally stable, while people’s income continued to rise. The country added a total of 12.69 million new urban jobs in 2021, 830,000 more than that created in 2020. At the same time, China’s per capita disposable income generally grew in step with the country’s economic growth, rising 8.1 percent year on year in real terms.

The country’s social security system continued to improve in 2021. The numbers of people covered by the country’s basic old-age insurance and basic medical insurance stood at 1.03 billion and 1.36 billion, with the coverage rates of the two types of insurances exceeding 90 percent and 95 percent, respectively.

Against the backdrop of sporadic resurgence of COVID-19 cases in multiple regions, China has well protected people’s lives and safeguarded people’s livelihoods, laying a sound foundation for further boosting the recovery of people’s consumption desire, according to the official with the NDRC.

In 2021, China pushed forward with the construction of a unified national market in an orderly manner, carried out a pilot comprehensive reform of market-based allocation of production factors, and made plans for building a modern distribution system, further nurturing the vitality of market entities. The country is home to 150 million market entities, and sees a business activity rate of around 70 percent.

Thanks to the efforts made by various regions and departments across the country to earnestly implement policies and measures aimed at stabilizing foreign trade, continue to shorten negative lists for foreign investment, and facilitate cross-border foreign trade and investment, the country saw its total imports and exports surpass $6 trillion and actual use of foreign investment exceed $1.1 trillion last year, both representing new highs in history.

“The benefits of reform and opening-up will continue to be unlocked and inject more driving force into the growth of domestic consumption,” said the official.

China will continue to deepen the supply-side structural reform and remain steadfast in the implementation of the strategy of expanding domestic demand, according to the official.

While ensuring strict implementation of science-based and targeted epidemic prevention and control measures, the country will endeavor to promote continuous recovery of consumption, actively expand effective investment, and strengthen the endogenous driving forces of economic development, so as to keep major economic indicators within an appropriate range, added the official.