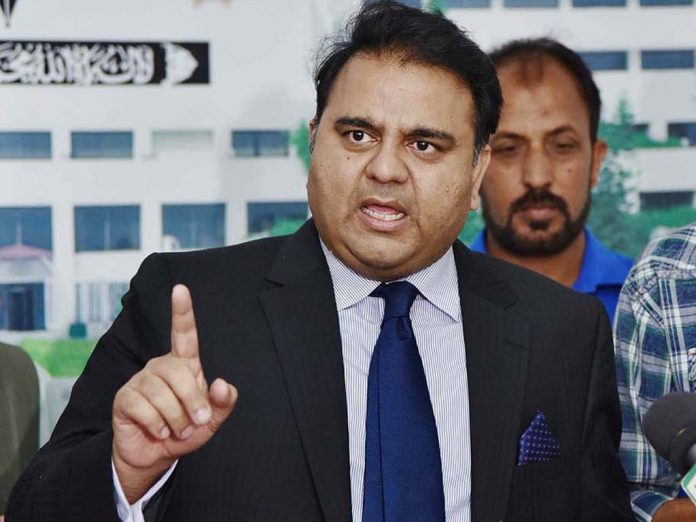 ISLAMABAD: Minister for Information and Broadcasting Chaudhry Fawad Hussain Tuesday said “alternative suggestions” came under discussion at a huddle held at the Islamabad High Court (IHC) regarding the pendency of financial cases. “The cases of around Rs 233 billion are pending with the IHC. According to the Federal Board of Revenue chairman, 13 of the cases are “the most important” as a large sum of money is involved,” he said after attending the high-level meeting with IHC Chief Justice Athar Minallah and and registrar. The minister said it was a “remarkable” meeting as the suggestions given by the judiciary were “great”. Chief Justice Athar Minallah, he said, “is among the best judges of Pakistan, who has taken a major step, which will contribute towards prosperity in the country, ” and hopefully the other courts would also follow suit. To a query, the minister said most of the cases pending in the IHC were due to technical reasons on the part of FBR’s lawyers. However, the discussion on such matters between the government and the judiciary was imperative as the money involved in the cases belonged to the state and not an individual. Fawad said he, after the last Federal Cabinet meeting, suggested a forum where the government and the judiciary could have exchanges for sorting out issues of national importance. The IHC chief justice provided that forum where an extensive discussion was held in a “good” environment, he added.