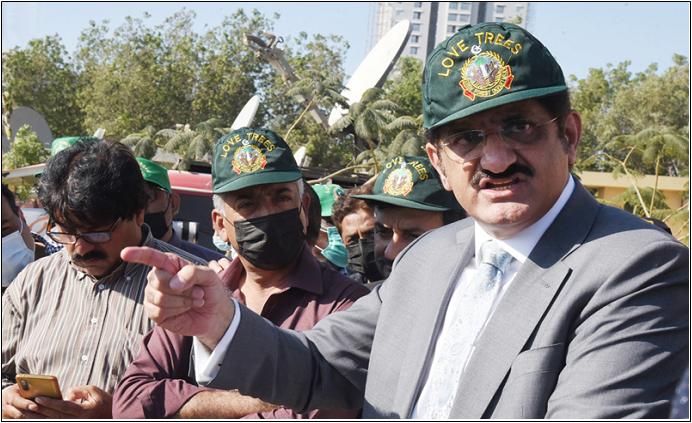 KARACHI :Sindh Chief Minister Syed Murad Ali Shah on Monday said that strict measures will be taken to curb crime in Karachi. Addressing a gathering in Karachi, he said that the rise in street crimes in Karachi has been worrisome and neither he nor the provincial government was running from the situation but the economic situation in the country is also a reason for the rise in crime ratio. “We are also experiencing what is happening in Afghanistan,” he said and added a meeting has been summoned regarding law and order in the city in which decisions will be taken to improve law and order situation. The chief minister while expressing sadness over death of journalist Athar Mateen said that he will protect the lives and property of the people in all circumstances and he will take some drastic steps in this regard. Shah went on to say that the provinces have been almost excluded from the National Action Plan (NAP), adding that some changes had been made in consultation with the IGP. I have asked the Karachi police to bring suggestions and steps will be taken to curb crime in Karachi. He said this after inaugurating the greening campaign at YMCA Ground on Monday. Shaikh and other officials were also present. The Minister announced that during the afforestation campaign, 52 million trees would be planted in all parts of Sindh. Speaking to reporters on the sidelines, he said that when it comes to politics, we have to face criticism.
The decision to form a select committee will be taken by a majority of the Assembly