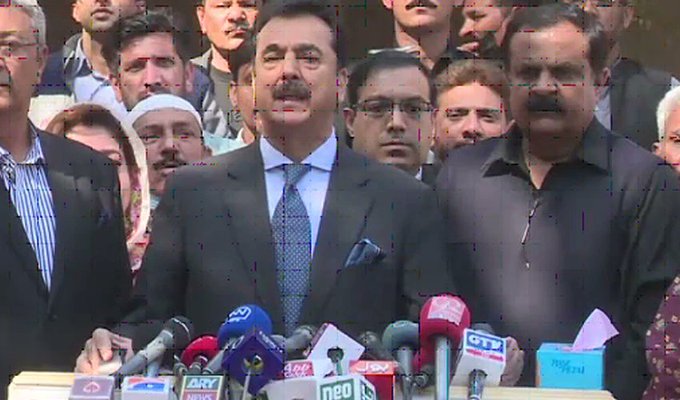 ISLAMABAD: Leader of Opposition in Senate Syed Yousaf Raza Gillani on Monday has said that his party will challenge the “harsh” Prevention of Electronic Crimes Act (PECA) law amendments in the court, Geo News reported.  Talking to journalists in Islamabad, Gillani said that the passage of the amendments is an “attempt to silence the Opposition and the media as [the government] is scared.” “They want to harass media, civil society, and social media activists,” he added.  “The Parliament can not be ignored in any way,” Gillani said in reference to the promulgation of the presidential ordinances amending the Prevention of Electronic Crimes Act, (PECA) 2016, and the Elections Act, 2017. He went on to say that a Senate session was held on February 17 and the very next day, the government introduced the ordinance. “They want to restrict media through draconian laws. They want to intimidate their opponents by making such laws,” Gillani said. “Didn’t the media cooperate with them when they were on the container?”  “Those who have made the law will be the first to face it,” he said. The PPP senator also said that the party is contacting other Opposition parties to seek their support for the Feb 27 long march. President Arif Alvi on Sunday signed two ordinances making changes in the Prevention of Electronic Crimes Act, (PECA) 2016, and the Elections Act, 2017. Under the ordinance, the definition of a “person” has been broadened to include any company, association, institution, organisation, authority, or any other. Furthermore, anyone found guilty of attacking a person’s “identity” will now be sentenced to five years instead of three years. The ordinance also states the informant or the complainant shall be “aggrieved person, his authorised representative, or his guardian, where such person is a minor or a member of the public in respect of a public figure or a holder of public office”.