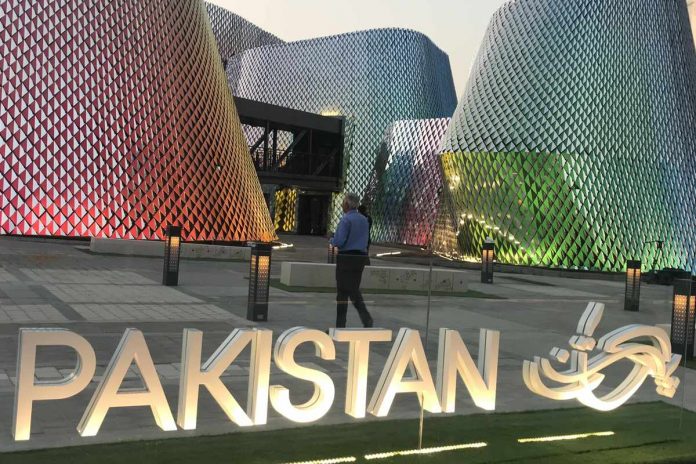 DUBAI: Foreign Minister Shah Mehmood Qureshi on Thursday visited the Pakistani pavilion at Dubai Expo 2020 and appreciated the unique design and efforts of the organizers. Pakistan’s Ambassador to the UAE Afzal Mahmood, Consul General of Pakistan in Dubai Hassan Afzal Khan and Director of Pavilion Rizwan Tariq received the foreign minister. The Director Pavilion gave a detailed briefing to the Foreign Minister on the design and features of the Pakistani Pavilion. The pavilion is divided into seven different sections, including Pakistan’s history, culture and tourismSo far, about one million people have visited the Pakistani pavilion at Expo 2020Pakistan Pavilion, due to its unique design, is among the top five pavilions at Dubai Expo 2020 which is considered a great honor for Pakistan. Foreign Minister Qureshi also visited the pavilion of Saudi Arabia at Dubai Expo 2020. Saudi Assistant Commissioner General Hussain Hanbazazah welcomed the foreign minister. Appreciating the design and features of the Saudi pavilion, the foreign minister described it as a reflection of the Vision 2030 of Saudi Crown Prince Mohammed bin Salman. The foreign minister also visited the pavilion of China where he appreciated the various models of technology put on display. He also inspected the model of digital train with travel speed of 350 kilometre per hour. Later, he visited the pavilions of Turkey and United Arab Emirates where he was given a briefing about the culture and history of the countries.