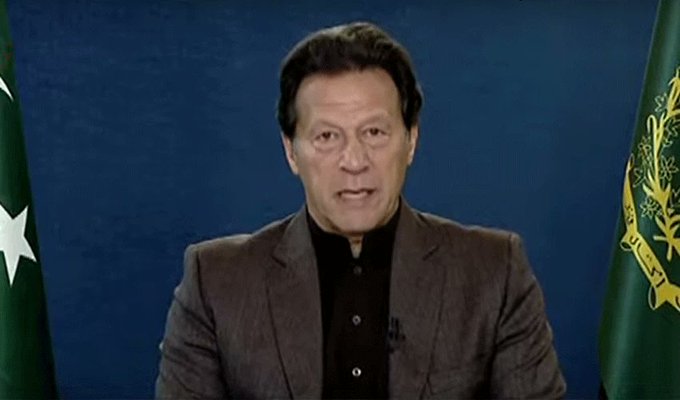 ISLAMABAD:Prime Minister Imran Khan Tuesday while terming the 220 million population of the country as ‘the biggest human resource and asset’ underlined the need of bringing all into the formal economy through use of modern technology and gadgets. The prime minister was addressing the launching ceremony of “Raast”, Pakistan’s instant digital payment system, an initiative of the State Bank of Pakistan. The initiative would enable person to person transactions and facilitate free digital banking. The prime minister observed that unless they utilized the modern technological revolution to bring the whole population into the loop of formal economy, this huge asset would, otherwise, become a burden. Appreciating the efforts of SBP to facilitate people over the banking system, he said the common man often hesitated in visiting the banks, stressing that steps at ‘bottom up’ would bring the commoners into formal economy by easing their modes of payments and transactions through opening of accounts via Raast. The prime minister said the performance of the Pakistan Tehreek-e-Insaf government would be judged in the year 2023 on the basis of its measures to reduce poverty. The UNDP report had placed Khyber Pakhtunkhwa as the only province in the country where the PTI’s government during its first term had successfully reduced poverty, he added. The prime minister said due to such achievement, the people in KPK voted for the PTI in the 2018 elections. He further opined that it would be a great success of his government to lift the people out of poverty. The Covid pandemic had affected the world population alike but the government in Pakistan took measures to save its people from the economic meltdown and inflation, he added. The prime minister noted that saving rates and tax-GDP ratio was low in Pakistan when compared with the rest of the world and it could be increased by making technological advances and by fine tuning the formal economy. For increasing tax revenue, he said, usage of technology was being ensured by the Federal Board of Revenue as out of 220 million population, only 2 million were paying taxes. The prime minister said that they had collected data of those people who were living a luxurious life but not paying any taxes. Referring to 9 million overseas Pakistanis as valuable assets for the country, the prime minister suggested establishment of a cell to further facilitate them in sending their remittances home. He said their remittances had helped in supplementing the country’s foreign reserves. The prime minister stressed that they must make efforts to ensure direct financial support to the lower segments of society through use of modern technology and cited the rolling out of Ehsaas Ration Programme in this regard.Speaking on the occasion, Governor State Bank of Pakistan Dr Reza Baqir said that ‘Raast’ would bring revolution in the banking payment and transaction modes and it was part of different initiatives launched by the SBP under its digitization programme.