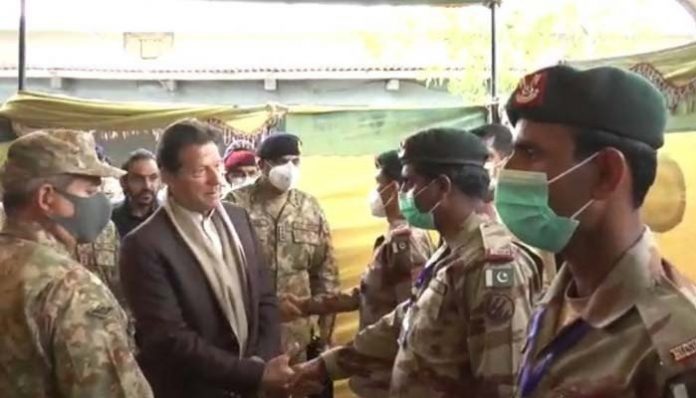 NAUSHKI: Prime Minister Imran Khan on Tuesday vowed that Balochistan’s “true potential” shall be realised “through a comprehensive national effort”

“Through a comprehensive national effort, cooperation between federal and provincial governments and assistance of armed forces, we shall realise [the] true potential of Balochistan,” PM Imran was quoted as saying by the Inter-Services Public Relations (ISPR), while giving an update on the premier’s and Chief of Army Staff (COAS) General Qamar Javed Bajwa’s day-long visit to Naushki, Balochistan.

The PM and COAS visited the area along with Balochistan’s chief minister, governor, federal, and provincial ministers.

The military’s media wing said that the premier was provided with a detailed briefing on the security situation of the area following the successful repulsion of two separate terror attacks in Naushki and Panjgur by the security forces.