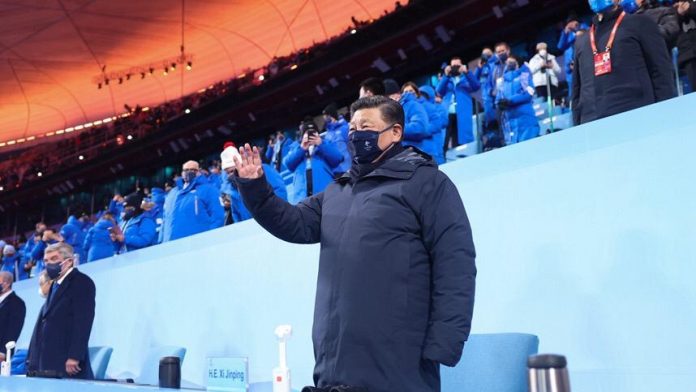 The Beijing Winter Olympics features 109 events of 15 disciplines across seven sports. It will take place from February 4 to 20 in three competition zones in downtown Beijing, Beijing’s northwest suburban district of Yanqing and Zhangjiakou in neighboring Hebei Province.

The motto of Beijing 2022 is “Together for a Shared Future.”

Dozens of world leaders and heads of international organizations attended the opening ceremony of the Games, including Russian President Vladimir Putin, President of the International Olympic Committee (IOC) Thomas Bach and United Nations Secretary-General Antonio Guterres.
Beijing, where the Summer Games was held in 2008, is the first city in the world to host both editions of the Olympic Games.

“China will do its best to deliver to the world a streamlined, safe and splendid Games, and act on the Olympic motto ‘Faster, Higher, Stronger – Together,'” Xi said on Thursday when delivering a video address at the opening ceremony of the 139th IOC session.

From “One World, One Dream” in 2008 to “Together for a Shared Future” in 2022, China has taken an active part in the Olympic Movement and consistently championed the Olympic spirit, he said, noting that China has achieved its goal of engaging 300 million people in winter sports.

According to official statistics, over 346 million Chinese people have participated in winter sports training, amateur or professional competitions, or winter sports leisure activities, surpassing the goal of 300 million the government set in 2015 when Beijing won the Olympic bid.