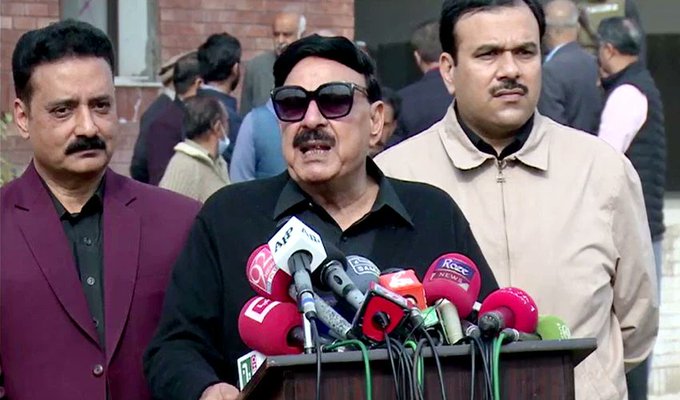 RAWALPINDI:Federal Minister for Interior Minister Sheikh Rashid Ahmad on Monday said that Prime Minister (PM) Imran Khan’s visit to China on February 3 would strengthen the bilateral ties between the two countries. Talking to the journalists, while inspecting the ongoing work on Mother and Child Hospital (M&CH), the minister said that the PM visit would witness significant development on economic and regional issues. Rashid said that the opposition should learn a lesson from passing the finance bill from the Senate while 10 to 15 members of opposition parties were with Imran Khan in the upper house. He said that opposition parties have not had any success in the last three and a half years while the government effectively approved all bills and legislation from the Parliament. Rasheed said that except for JUI Chief Maulana Fazl U Rehman, all other political parties were aware of the challenges that country faced; however, the government would not create any hurdles in the long marches of the Pakistan Peoples Party and Pakistan Democratic Movement on February 27 and March 23, respectively if they do not take the law into their hands. “Opposition’s no-confidence motion and marches would face the same destiny as they experienced during the last three years,” he added. The minister expressed grief and sorrow over the martyrdom of ten soldiers during a terrorist attack at a security forces check-post in Balochistan Kech district and added that if TTP and BNA continued terrorist activities, the nation, along with the Armed forces, would halt their nefarious designs. Rasheed urged the world community to assist Afghanistan generously, facing a humanitarian crisis. He said the nation would observe Kashmir day on February 5, and a public meeting to express solidarity with the Kashmiris would be held at Lal Haveli.