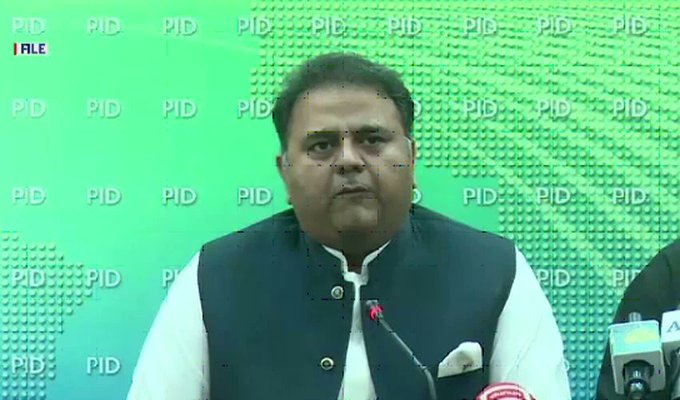 ISLAMABAD: Minister for Information and Broadcasting Fawad Chaudhry urged the judiciary on Sunday to take stock of its “rapidly declining reputation” in the world rankings. In a tweet, Chaudhry said the Minister for Law and Justice Forough Naseem had raised an important question: if judges were not responsible for the assets of their wives and children, then how was it possible to hold politicians and bureaucrats accountable? The minister said that the new Chief Justice of Pakistan, Justice Umar Atta Bandial, would face this challenge when he will be sworn in. The law minister, speaking in Geo News’ programme “Naya Pakistan” on Saturday, had said judges, like other government officials, were also public officer holders. “Will district judges and administrative officers not be answerable for their family’s assets?” he asked in response to the Supreme Court’s detailed verdict issued in Justice Qazi Faez Isa’s case. The law minister termed the SC’s decision in the review case as “wrong and contradictory”