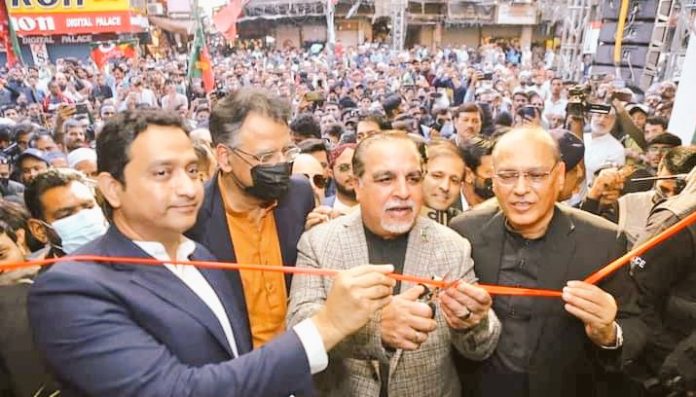 KARACHI: Federal Minister for Planning, Development, Reforms and Special Initiatives Asad Umar on Saturday has said that the PTI-led government is taking steps to resolve the issues faced by Karachi citizens, While addressing a function of the restoration of Karachi’s Cooperative Market where hundreds of shops were destroyed in a fire, the minister said that “Karachi didn’t have any modern transport system, but owing to PTI, people of Karachi can now travel through Green Line Bus Rapid Transit (BRT) system”.Praising the federal government for its efforts to resolve Karachi issues, Umar said that the government believes in public service, adding that Public-Private Partnership Authority (PPPA) has approved the transaction structure of the Karachi Circular Railway.

The minister also said: “The next meeting of the Executive Committee of the National Economic Council (ECNEC) will approve the KCR, after which its construction will be started.”

During the function, Umar also assured that the issue of water in Karachi will be resolved as the government is working on it. “Karachi will be provided with water after the completion of the K-IV water project in 2023,” he added.