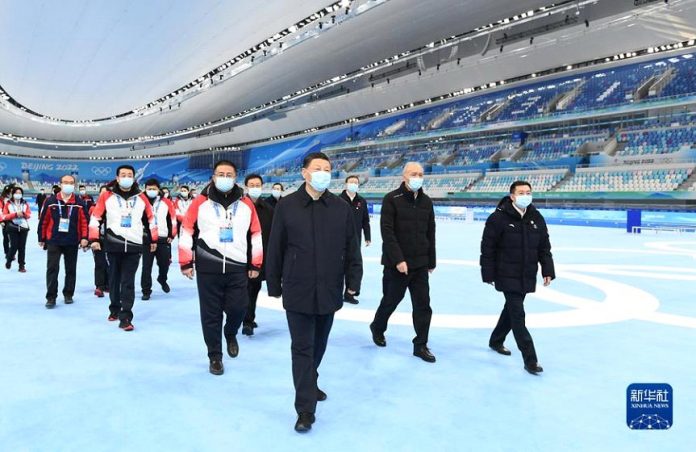 As the melody of the Beijing 2022 Olympic and Paralympic Winter Games’ motto song, Together for a Shared Future, is known by more and more people, the Beijing 2022 inches increasingly closer.

Xi’s remarks have fully demonstrated China’s confidence in fulfilling its solemn commitment to the international community to deliver a successful Beijing 2022 and manifested the aspiration of a positive, prosperous and open China to embrace the world and create a beautiful future together with the rest of the world.

Hosting a successful 2022 Games is China’s delightful promise to the world. On July 31, 2015, Beijing, together with Zhangjiakou city in north China’s Hebei province, won the bid to host the 24th Olympic Winter Games, also known as the 2022 Winter Olympics, at the 128th International Olympic Committee (IOC) session.

On the same day, Xi sent a congratulatory letter to the Beijing 2022 Olympic Winter Games bid delegation, stressing that China will strive to deliver a fantastic, extraordinary and excellent Olympics in 2022.

“We will fulfill all our commitments and witness, together with the people of all countries and the IOC, the advent of a new phase in the development of the Olympic winter sports and in the spread of the Olympic spirit,” said Xi in his letter to IOC President Thomas Bach on July 31, 2015.

Over the past more than six years, China has made unremitting efforts to fulfill its solemn commitment to the international community. The country has promoted the ideas of hosting the Games in a green, sharing, open and clean manner and delivering a streamlined, safe and splendid Olympic Games.

The IOC has always made positive remarks on China’s preparations for the Beijing 2022 and fully acknowledged the country’s contribution to the international Olympic cause.

In October 2016, Juan Antonio Samaranch Jr., Chairman of the IOC Coordination Commission for the Beijing 2022 Olympic Winter Games and then vice president of the IOC, praised the Beijing Organising Committee for the 2022 Olympic and Paralympic Winter Games for getting off to a very fast start in the preparatory work and pointed out that initial preparations were on the right track.

After visiting proposed venues for the 2022 Beijing Winter Olympics in Zhangjiakou and Beijing before a meeting with Xi in January 2019, Bach said he was deeply impressed with China’s pragmatic, efficient, and vitalized preparations for the Games.

“We are looking forward to successful Olympic Winter Games Beijing 2022 and we have great confidence, built on our experience, that we will stage safe and secure Olympic Winter Games for everybody,” Bach said in his New Year’s Message 2022 published on the IOC official website on Dec. 31, 2021. He believes that “these Winter Games will open a new era for winter sports globally.”

In a recent interview with Chinese media, Samaranch said he believes that China will stage a splendid Olympic Games for the world.

Filled with confidence in China, the international community is eagerly awaiting the arrival of the Beijing 2022 and looks forward to new surprises Beijing has prepared for the world.

This year, the more than 1.4 billion Chinese people will embrace the Olympic Movement again. By delivering a “fantastic, extraordinary and excellent” Olympics in 2022, China will promote the popularization and development of ice and snow sports and enhance understanding and friendship between the Chinese people and peoples of various countries around the world.

Over the past years, the Beijing-Zhangjiakou high-speed railway connecting the three competition zones of the Beijing 2022, the world’s first intelligent high-speed train with a speed of 350 kilometers per hour, was officially put into operation; the National Ski Jumping Center and the National Speed Skating Oval, which are nicknamed the “Snow Ruyi” and the “Ice Ribbon” respectively, were completed; the National Aquatics Center, known as the “Water Cube”, was transformed into “Ice Cube” for the 2022 Beijing Winter Olympic and Paralympic Games; and the country’s vision of engaging 300 million people in winter sports across China has been realized ahead of schedule.

Through these achievements made during the preparations for the Beijing 2022, people around the world have witnessed how the Chinese people have worked hard for their dreams in the new era.

As the COVID-19 is still wreaking havoc worldwide, the Beijing 2022 bears the task of deepening mutual understanding and exchanges between peoples around the world through the Olympic Movement.

In December 2021, the 76th session of the United Nations General Assembly (UNGA) adopted the Beijing Winter Olympic Truce Resolution drafted by China and the IOC. The resolution expressed “the expectation that the Olympic Winter Games Beijing 2022 will be a meaningful opportunity to harness the power of sport to advance the world by fostering an atmosphere of peace, development, resilience, tolerance and understanding.”

Many multilateral mechanisms, including the 10th Olympic Summit, the Group of 20, the Forum on China-Africa Cooperation, the China-CELAC Forum, and the Shanghai Cooperation Organization, have voiced strong support for the Beijing 2022.

The international community’s support for the Games has demonstrated the aspiration of various parties to pull together in times of trouble, defeat the pandemic, safeguard peace, and work together for a shared future.

It’s believed that the Beijing 2022 will be an unforgettable occasion when the world will be brought together in the Olympic spirit of peace, solidarity and friendship.

The heroic motto of the Beijing 2022 Olympic and Paralympic Games, “Together for a Shared Future”, represents China’s sincere invitation to various parties to join hands on the way forward.

China will surely live up to the expectations of the IOC, which believes Beijing is a “safe and historical” choice for hosting the 2022 Winter Olympics, and the Beijing 2022 will make a big splash in the history of the Olympic Movement.

Photo taken on the morning of Jan. 4, 2022 shows Chinese President Xi Jinping visiting the National Speed Skating Oval in Beijing on an inspection tour on the preparatory work for the Beijing 2022 Olympic and Paralympic Winter Games. (Photo by Xie Huanchi/Xinhua)

The first train custom-made for the Beijing Winter Olympics sets off from Qinghe Railway Station in Beijing on the high-speed railway linking Beijing and Zhangjiakou, the co-host cities of the 2022 Winter Games, Jan. 6, 2022. (Photo by Shi Wenzhe/People’s Daily Online) 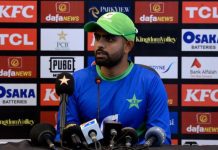 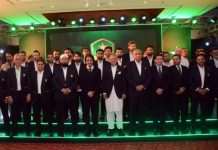 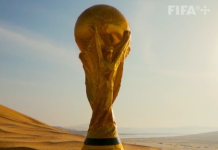 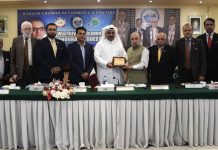 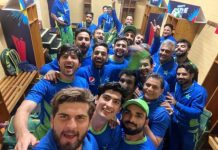