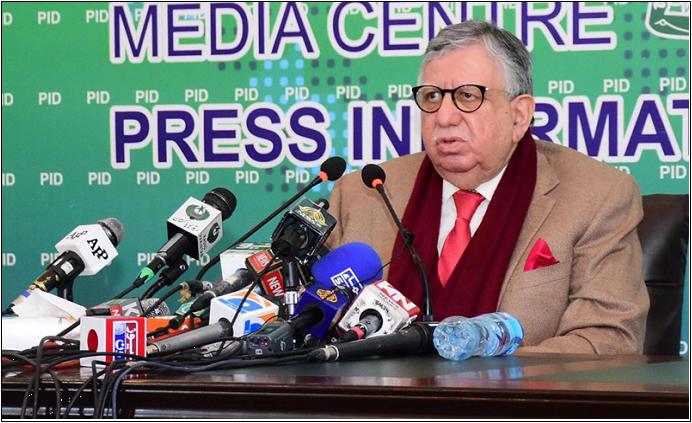 ISLAMABAD: Federal Minister on Finance Shaukat Tarin on Wedenesday hinted at no decline in the price hike for the next three months. While addressing a press conference in Islamabad, Tarin said that the salaried class and urban lower middle class are the most affected by the price hike. He said that the prices have swelled all over the globe due to the coronavirus pandemic but Pakistan didn’t let its industries stop working. “The prices hiked up to 90% in the international market. Trade deficit increased due to the rise in oil prices while the Afghan crisis weighed down Pakistan’s currency,” Tarin said. According to Tarin, the country has been facing a number of challenges due to the coronavirus outbreak and the government had to reach out to the International Monetary Fund for the betterment of the economy. “Prime Minister Imran Khan made an unpopular but a good decision to impose the smart lockdowns,” Tarin said, adding that the relief packages were introduced to beat the effects of the pandemic in the country. The minister said that the government has launched the Ehsaas Rashan programme to cater to 20 million households with essential items such as ghee, pulses and wheat flour at subsidised rates. Tarin further stated that Rs10 billion have so far been earmarked for the Kamyab Pakistan Programme, under which interest-free loans will be provided on a monthly basis to the people to start their businesses or build a house. He assured the masses of a significant increase in the allocation of money in these programmes in the coming months. Tarin went on to say that the country’s economic growth rate remained 5.37% in 2021. “No one was expecting this much economic growth rate,” Tarin said. Pakistan’s economic growth of the country is expected to touch 5% by the end of this fiscal year, he added. The minister highlighted a “record revenue collection” amid increasing exports and remittances. “The economy is moving in the right direction,” he said, adding that Pakistan’s exports have increased up to 25% to 29%.He said that the remittances and IT exports also improved while foreign exchange reserves did not drop much.