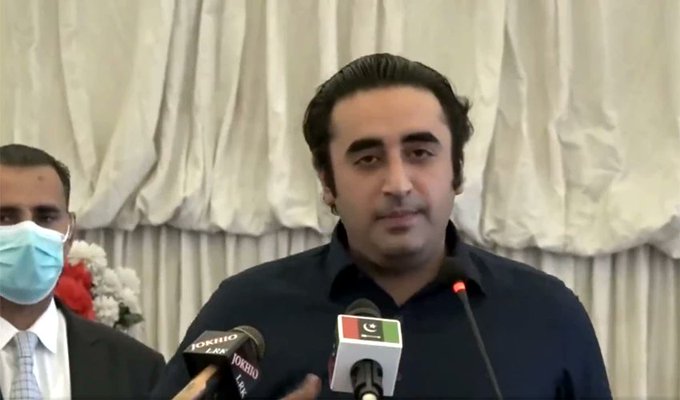 LARKANA: The Chairman of Pakistan Peoples Party (PPP) Bilawal Bhutto Zardari has stated that PPP will clean up the garbage in Islamabad on February 27. Addressing on an event in Larkana the PPP Chairman has stated that, “Like other cities Larkana also had garbage problems. It was learned that the population of Larkana has increased since the time of Zulfikar Ali Bhutto,” adding that, “There has been an improvement since Murtaza Wahab was made the administrator of Karachi. The PPP leader further said that, “Now trash will be removed from households in Larkana. People will cooperate and we will clean our city with public help. The task of cleaning Larkana can not be fulfilled without the local’s cooperation. Every administration will be responsible for cleaning its area.” PPP Chairman has also mentioned that the party has planned to clean the capital city. “There are some political elements that conspire. We have to keep up with our work. We will also move out to clean up the garbage in Islamabad on February 27,” said Bilawal.  He said that Sindh government along with Sindh Solid Management Board has started the work of garbage collection and where our people were present there was a lot of improvement. Nevertheless we improved the sanitation system there. He said that the staff of Sindh Solid Waste in Larkana will take the garbage from the door of the house and take it to the dumping site. Together we have to make this city clean and tidy. As Sindh Solid Waste Management works in Larkana, it will get better and better. “We have to make sure in our own areas that we give out garbage to the staff so that the whole city can be improved,” he said. He said that China and Shaheed Zulfikar Ali Bhutto had a very good relationship. He said that there are some MQM type people in Larkana who are conspiring to leave them but you have to work for your country, province and people. “We will clear the rubbish of the federal government in Islamabad on February 27,” he said. He said that we would take up the issue of sanitation in the whole of Pakistan.