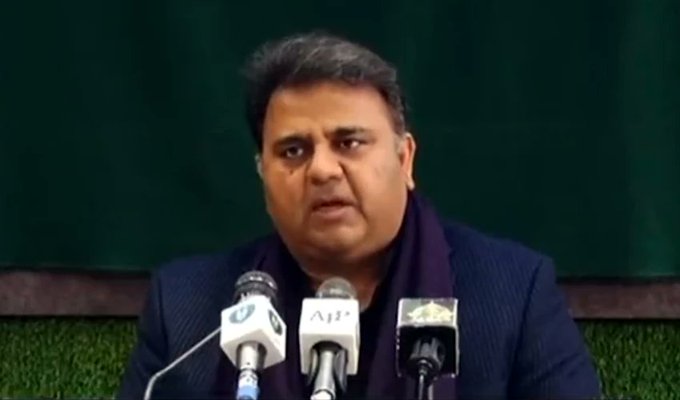 ISLAMABAD: Federal Minister for Information and Broadcasting Fawad Chaudhry clarified on Tuesday that Pakistan’s low ranking on Transparency International’s corruption perception index is because of the absence of rule of law in the country and state capture as opposed to financial corruption. The minister was speaking during a press conference after a session of the Federal Cabinet in Islamabad with Prime Minister Imran Khan in the chair. Referring to Transparency International’s latest Corruption Perceptions Index (CPI 2021), in which Pakistan’s rank has fallen 16 places to 140 from 124 out of 180 countries, Fawad said that the ranking has been assigned to the country not because of corruption but because of the absence of rule of law and state capture.  State capture is a type of systemic political corruption in which private interests significantly influence a state’s decision-making processes to their own advantage. Fawad said that the report released by the international organisation earlier today “isn’t complete as it only shows the scores.” “All the agencies compiling the report maintained Pakistan’s ranking; however, only the Economic Intelligence Unit reduced the score [of Pakistan],” he said. Fawad also shed light on other matters that came under discussion during the cabinet meeting and said that the next general elections will be held on the basis of a new census.  “For the purpose, the government has approved a budget of Rs5 billion,” Fawad said, adding that the results of the pilot survey for Census 2022 will be released by May this year, while the entire process will be completed by the end of 2022. “Once the results of the pilot survey are in, the Election Commission of Pakistan (ECP) will begin the delimitation of the constituencies for the next general elections,” he said. The minister said that the federal cabinet also discussed the COVID-19 situation in the country and it was informed that despite a spike in the coronavirus cases, only about 1.5% of the infected population required hospitalisation.
“This shows that our health system is not overburdened with this wave of the pandemic,” the federal minister said.  Fawad further said that Prime Minister Imran Khan’s successful policy of imposing smart lockdowns instead of shutting down the economy is once again being implemented across the country to deal with the current wave.  “Our policy of a smart lockdown, as opposed to a complete one, is being acknowledged across the globe, and even developed countries like the United Kingdom has decided to implement it,” Fawad said.